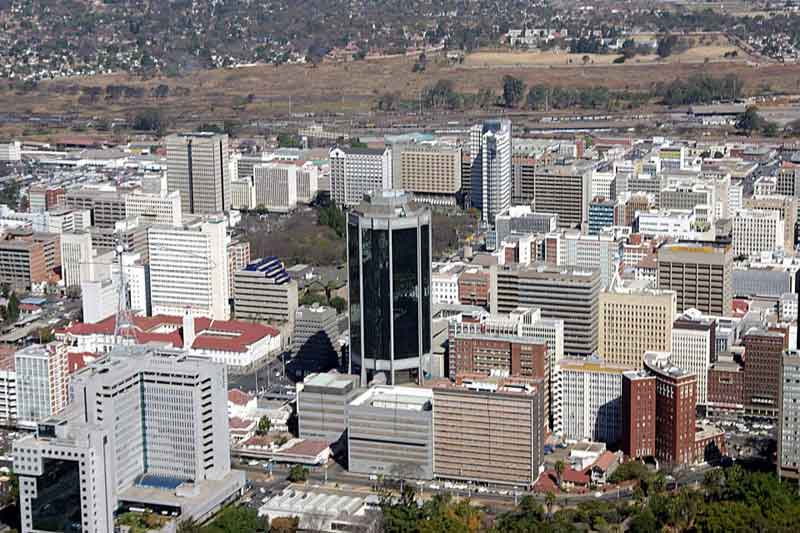 The Harare City Council (HCC) is struggling to supply a number of services among them potable water to its ratepayers owing to high levels of pollution, obsolete water treatment infrastructure and a sharp increase in the cost of treatment chemicals. Below is are excerpts from an interview between NewsDay (ND) senior reporter Blessed Mhlanga and town clerk Hosiah Chisango (HC) to understand the challenges.

ND: How much is your budget every month for water treatment and how much are you collecting?

HC: Our budget for water treatment is sitting at about US$2,5 million and it is now being rated (in US dollars) because our suppliers require United States dollars so we would have to pay using the prevailing RTGS rate to US$. This means we are spending about ZWL$10 million.
Our collections stand at an average of about ZWL$14 million per month for all operations in the city.

What has been happening since February is that our debt has been increasing to the suppliers, but we have put in measures to try and exploit all the other revenue sources we have, like our markets and leases and also business licences so that we get more money.

ND: How much should you be collecting optimally?

HC: For our rates and taxes we are sitting at about ZWL$22 million, but we are collecting only about $14 million. We want to try and come up with the supplementary budget so that we can ramp up those figures.

ND: What is your salary burden per month?

HC: Our cost of employment per month is about ZWL$11 million, so our net salaries go down to ZWL$5,8 million every month. We are talking about roughly ZWL$10 million in terms of water supply, adding the $5,8 million and obligations for the costs. Clearly, the figures are not tallying and that is why we owe a lot of our suppliers.

ND: How much do you owe in salaries and to suppliers?

HC: For salaries, we owe for a period of three months and for major suppliers, we owe them about ZWL$4 million.

ND:What can alleviate your problems?

HC: The first thing is, if we go on a supplementary budget, we are expected to be able to pay. We are also talking to government to say can we be exempted from duties for chemicals and fuels so that we can pay less money in those areas.

ND: So are you actually paying duties?

HC: We buy fuel at the market price. When we started the year, on fuel, we were spending between $700 000 to $800 000 per month, but since the hike in the price of fuel, our budget has shot up to close to $3 million.
We want to engage the government to see if those areas can be looked at, not only for Harare, but for all local authorities across the country in order to reduce the cost of services to the residents.

ND: How is the fuel crisis affecting your operations?

HC: It affects us in terms of our refuse collection schedules and even our maintenance issues because we do not have a special source of fuel. We also face challenges in refuse collection, an area of high demand from the residents.

ND: You said your chemicals are rated, do you pay this money in RTGS or in foreign currency.

HC: We pay in RTGS, but before that the Reserve Bank was making available foreign currency to our suppliers. The suppliers now have to go on the open market to source foreign currency. So we pay at the prevailing bank rate for that particular day.

ND: There is a general belief that the city council is overpaying its employees and that its wage bill is too heavy, do you ascribe to that?

HC: I will tell you that we are actually failing to get certain skills in our workforce and of late our nurses have been resigning in large numbers joining government and also fire fighters, so you can see that there are issues there in terms of remuneration.Government has also been increasing and cushioning their employees which we have not been able to do. We are no longer an employer of choice due to the situation on the ground.

ND: A supplementary budget has been resisted, even by government, how are you dealing with that?

HC: Government has allowed us to go for a supplementary budget. We have even discussed this with civic organisations; we are only left to engage the business sector on that issue.

ND: Given that you are supposed to be collecting ZWL$22 million and you are only getting ZWL$14 million, if you then increase those charges, will it not create further problems?

HC: Basically, the issue is to try to remind people of their obligations because that is what has been lacking from the side of the stakeholders. Once that has been driven from this level, we should be sure to collect the required funds.

ND:There are leakages and I am sure that you suffer from illegal connections and similar issues, to what extent have you been exposed to those issues?

HC: There have been issues of leakages of both water and financials. We are, however, tightening up our systems to deal with that.
This issue of illegal settlements, which has also led to illegal connections, is what we are currently discussing with government to see who should be removed from certain areas and who should continue living where they are so that we regularise our issues and cut away all the leakages.

ND: Do you see the vision 2030 being realised if these issues are addressed?

HC: Definitely, the 2030 vision can be achieved because it is just a matter of everybody coming on board. If people know their obligations and pay for services, we would be able to achieve vision 2030.