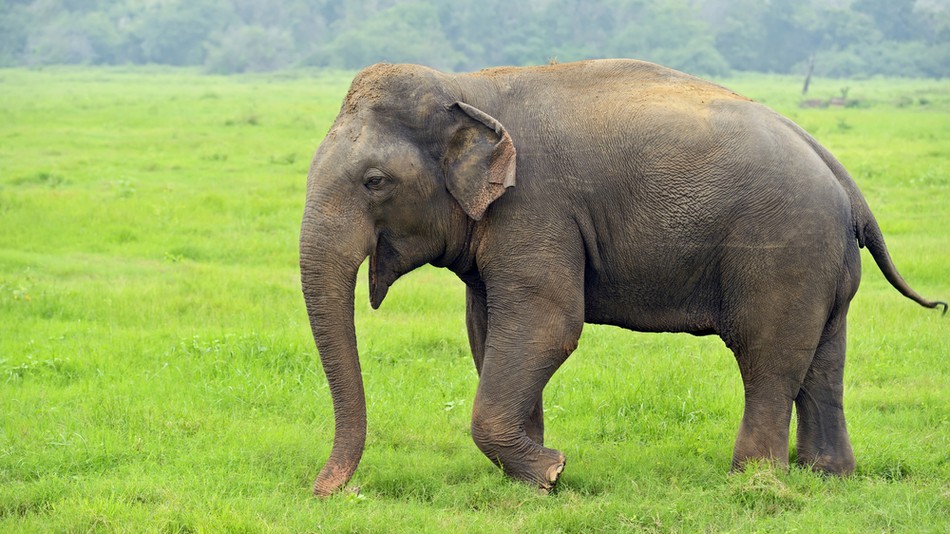 There was a stampede for game meat in Victoria Falls recently after Zimbabwe National Parks and Wildlife Management Authority (ZIMPARKS) officials shot and killed an elephant that had caused terror in the town.

The male adult elephant roamed the streets of Mkhosana suburb at night. The Rangers eventually caught up with the jumbo and put it down. Residents immediately scrambled on the carcass to get a chunk of the meat.

Speaking to New Zimbabwe, a ranger who was not identified had this to say:

We slept there guarding the carcass because we had to stop people from skinning the whole elephant.

Only one side was skinned and cut on the first day and interestingly, there are some residents who volunteered to spend the night at the scene guarding the elephant because they wanted to be the first to get the meat in the morning.

A resident from Mfelandawonye, Ethel Moyo told New Zimbabwe that the killing of the elephant was akin to manna from heaven. She said:

This is manna from heaven. We couldn’t resist such Christmas because these days meat is a luxury as we can’t afford to go into shops to buy.

This has become the norm that whenever an elephant is shot we all scramble for meat but this time it’s different because everyone wants meat.