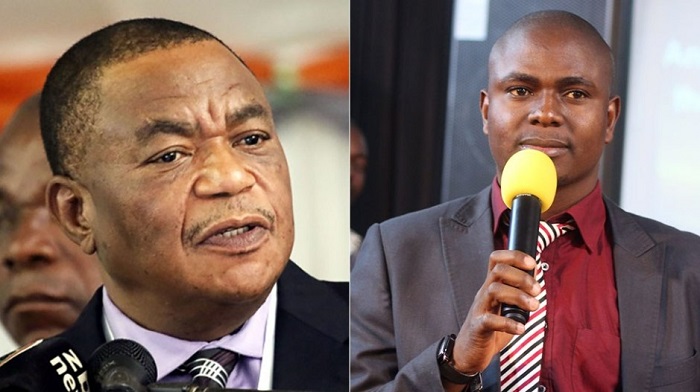 An outspoken Harare preacher Talent Chiwenga who is a cousin to Vice President Constantino Chiwenga has sought an audience with President Emmerson Mnangagwa claiming that he is being followed by alleged State security agents.

Last year, his cousin, the VP warned him against attacking the national leadership using God’s name vowing this was coming to an end. In the letter written on May 27, 2019, Chiwenga said:

Sir, I am being followed by unregistered vehicles believed to be from the Central Intelligence Organisation or from the Military Intelligence Department of the Zimbabwe Defence Forces, I am receiving death threats almost on a daily basis and this is because I preach the true gospel of Christ that condemns sin and calls all men to repentance, for God is not a respecter of persons.

It is my honest and humble opinion Sir, that the people who are giving orders to military personnel or State security agents to kill me are your employees or your subordinates. I don’t see myself as a security or political threat to anyone in this country, because I am a preacher of the gospel whose tools are the Bible and the microphone.

I am therefore asking to see you so that I may among other things surrender myself to you and your administration so that if I do not get an opportunity to answer to issues I am being stalked and threatened for, at least I will save the government’s tax payers’ money which is being used to stalk me and harass me, if I have to die for the gospel I preach (which I am ready to die for), at least I will avail myself in person.