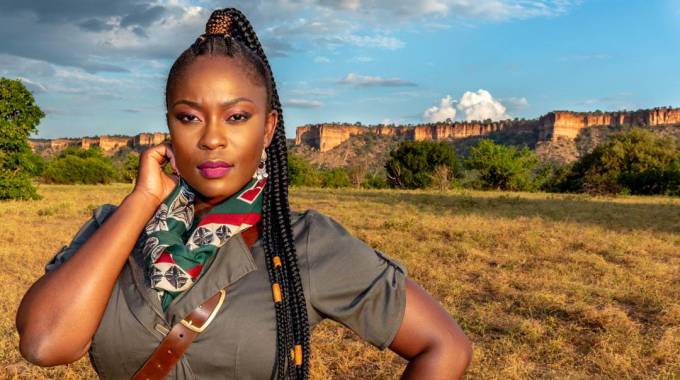 Zimparks has said that the local ambassadors would also hopefully attract local tourists to Zimbabwe’s destinations.

Newsbae commented on the development:

I believe it is our mandate to spread the message of protecting our wildlife heritage. It plays a big part in our tourism industry, which can be a huge foreign currency earner for our country.

Our first trip with the campaign took us to Gonarezhou, the second largest national park in Zimbabwe. It was disheartening to hear that there were no rhinos there. However, it was encouraging to hear that conservation efforts being made through the ZimParks partnership with Frankfurt Zoological Society and the Gonarezhou Trust will see rhinos being re-introduced into the national park, which is evidence that it is possible, through concerted efforts and awareness campaigns like this one, to protect our wildlife

We will be going across the country visiting wildlife areas and talking to people in communities that live in these areas, who are directly affected by wildlife as rising cases of human-wildlife conflict are being reported.

It is imperative that we work together in conscientising the people about the importance of our wildlife and how these conflicts can be managed and resolved without resorting to poaching. It’s all about keeping a healthy balance and ensuring our big five species do not go extinct,

ZimParks reportedly already has some international celebrities as ambassadors, among them, Danai Gurira and Jackie Chan.