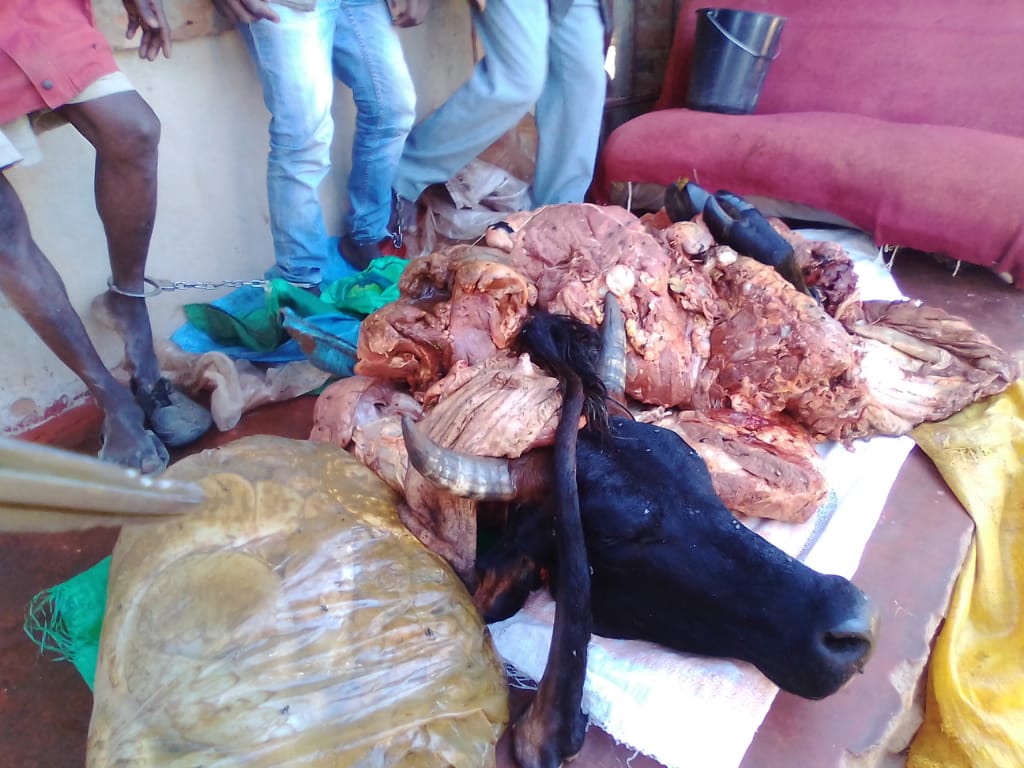 Three men who were arrested for stealing and slaughtering a beast in Murewa were sentenced to ten years in jail each.

The ZRP said that the three were arrested at a police roadblock. The police said in a statement:

3 men were arrested for Stock theft in Goromonzi after the vehicle they were travelling in was stopped at a roadblock.

Police searched the vehicle and discovered some meat which was packed in 6 sacks. Police investigations revealed that the accused persons had stolen a cow at Murape Village, Chief Chikwaka, Murewa and slaughtered it in the bush about 300 metres from the complainant’s homestead.

The meat was destined for Harare. The accused persons appeared in court and were sentenced to 10 years imprisonment each.

See pictures of the carnage below: 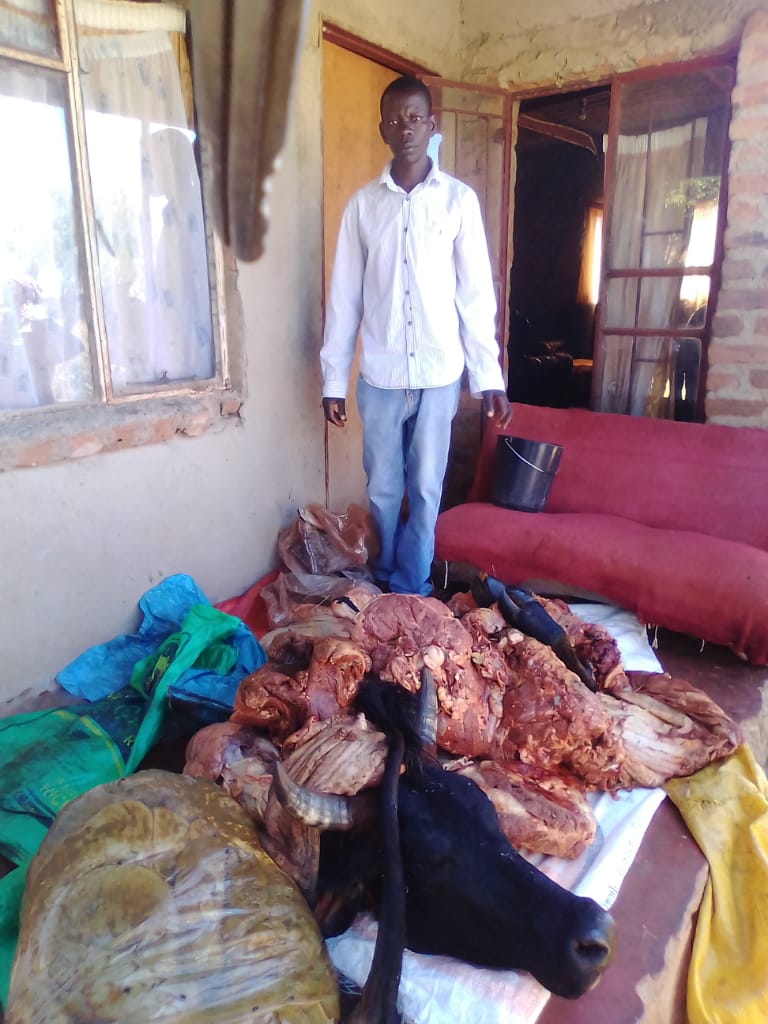