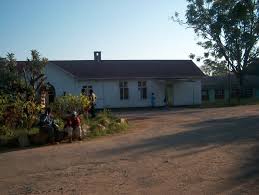 The ongoing planned power cuts in the country had negatively affected operations at Bindura Provincial Hospital with grave consequences for the sick until an intervention by a fuel dealer, Puma.

A message, whose author remains a mystery, went viral on social media platforms, particularly Facebook and Twitter, detailing the sorry state of affairs at the hospital due to the debilitating power cuts. The SOS read in part:

As a result of load-shedding, the situation at Bindura Hospital is unbearable. All operations cannot be done because of non-availability of power. The life support system in neonatal ward for pre-term babies is dependent upon power which is not there.

… It pains us to watch helplessly someone losing life, yet as key stakeholders, they have the potential to avoid that. I hope this plea will get to those that can assist.

Mashonaland Central provincial administrator, Cosmas Chiringa, told Newsday that the text was indeed authentic and in response to the plea, Puma had intervened to avert the crisis. Said Chiringa:

I received a similar text over the weekend. What happened is that we were allocated fuel which was not enough, but we have since resolved the matter with Puma.

I am very happy to say that the meeting with hospital management and Puma officials was fruitful.

I am also pleased to announce that following the SOS, well-wishers are also coming on board to assist and already we have been offered 500 litres of diesel to be used at the hospital by a local company.