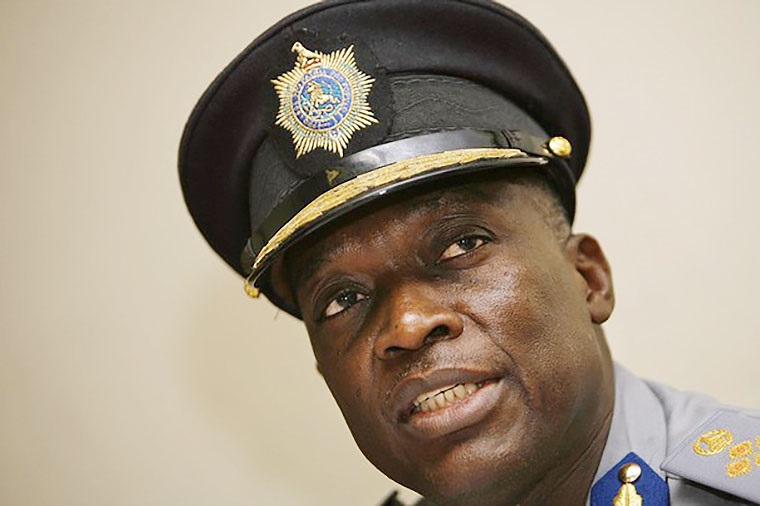 Zimbabwe’s former police chief Augustine Chihuri delivers a speech during a press conference on June 23, 2008 in Harare. Chihuri said on JUne 23, 2008 that opposition leader Morgan Tsvangirai was under no threat and had taken refuge at the Dutch embassy in a “move intended to provoke international anger.” Tsvangirai was holed up in the Dutch embassy in Harare on June 23, 2008 after saying he was abandoning his election challenge to President Robert Mugabe because of growing violence. AFP PHOTO/ ALEXANDER JOE (Photo credit should read ALEXANDER JOE/AFP/Getty Images)

Former Cabinet Minister, Professor Jonathan Moyo has claimed that the former ZRP Chief Commissioner, Augustine Chihuri was not in Malawi. His remarks follow allegations by Malawian opposition leader Saulos Chilima that Chihuri was assisting the Malawian government to rig the elections.

We are saying that Chihuri must leave our country, don’t mess our elections.

Posting on Twitter, Jonathan Moyo dismissed the claims that Chihuri was in Malawi. He said:

This is a lie with no legs. It won’t go anywhere. I don’t know where former CGP Chihuri is, but I know where he isn’t… I know he is not in Malawi. This I know.

Malawian opposition leader claims that Chhuri was assisting the government to recruit and train parallel police who shall be used to manipulate the election.