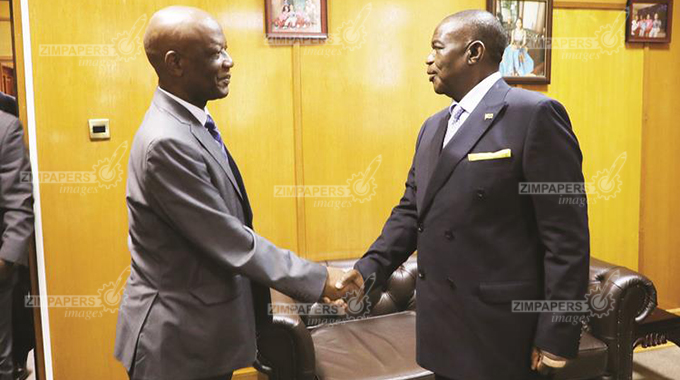 The Nelson Chamisa-led MDC has welcomed South Africa’s call for an external mediator in the country’s national dialogue process.

South African ambassador to Zimbabwe, Mphakama Mbete, made the call when he addressed delegates attending a meeting of political leaders at the Harare International Conference Centre on Friday. He said:

… For credibility, the leadership of Zimbabwe wishes to consider a facilitator outside Zimbabwe. We as a region we will be ready to propose names from the African continent.

In any dialogue, there are some people who are supposed to mediate. Engaging these small parties is a waste of time, it won’t take us anyway as it won’t resolve the current economic crisis in Zimbabwe.

We are surprised that Mnangagwa wants to pursue this kind of dialogue to the extent that people will start eating baboons while wallowing in poverty.

The economic situation is bad in Zimbabwe and continues to deteriorate. Chamisa says he is prepared to engage in any meaningful dialogue mediated by a person from outside Zimbabwe so that he will talk with Mnangagwa about moving the country forward so that there are jobs and people can live a normal life.

The MDC has insisted that for any meaningful dialogue to take place, there should be a mediator from outside the country, for instance, a former President or eminent personality.

In 2007, the then South African President, Thabo Mbeki, was appointed as a mediator by SADC  to facilitate dialogue between the then President, Robert Mugabe and the late Morgan Tsvangirai, who was the leader of the opposition.

Mbeki’s mediation, which was completed by his successor, Kgalema Motlanthe led to the formation of a Government of National Unity in 2009.

Zimbabwe experienced an economic decline that resulted in an inflation rate of 231 million per cent and an unemployment rate of over 90 percent. Academic research concluded that the economic decline of Zimbabwe was mainly caused by poor monetary policies and failure of fiscal policies... Read More About Economic Crisis in Zimbabwe