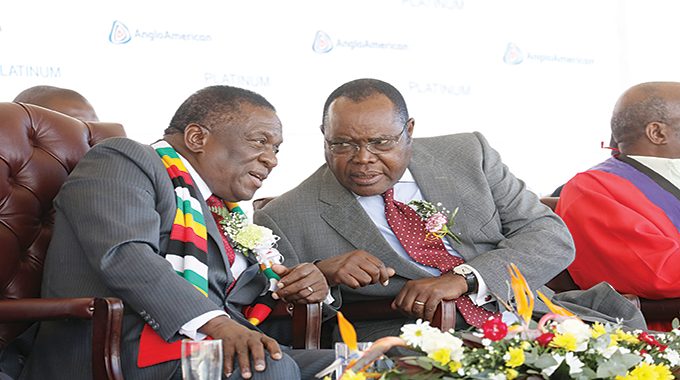 President Emmerson Mnangagwa’s scarf and tie were auctioned for US$4 500 at a primary school in Shurugwi.

Mnangagwa was in Shurugwi on Thursday where he commissioned the Unki Mine smelting plant.

Grade 2 pupils at Impali Primary School made a scintillating performance, entertaining the guests, which prompted Mnangagwa to donate the scarf and tie, which were later auctioned.

President Mnangagwa said that he was moved by the children’s performance. He added that they had actually asked for the tie and scarf. He said:

The performance of these children has moved me. They have since asked me for my tie and my scarf and I am honouring their request.

The US$4 500 raised from the auction will reportedly be used in upgrading the school.