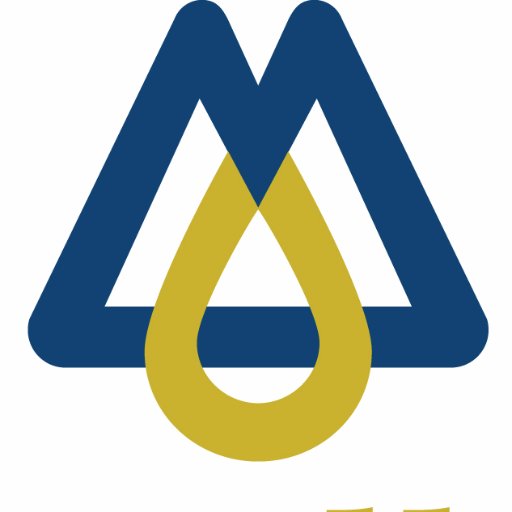 Metallon Corporation has sued the Reserve Bank of Zimbabwe and Fidelity Printers and Refiners Limited for lack of payment for gold produced.

Metallon is demanding US$132 million from the Governor of the RBZ and the FPR, including full payment of amounts owed from as far back as 2016. Below is the part of Metallon’s statement:

Metallon Corporation (“Metallon”), the leading gold mining company in Zimbabwe, has served legal notice to the Reserve Bank of Zimbabwe (RBZ) and Fidelity Printers and Refiners Limited, (FPR) for lack of payment for gold produced.

Metallon is demanding specific performance from the Governor of the RBZ and the FPR, including full payment of amounts owed.

… Metallon has been forced to put its mines on care and maintenance because of the unsustainable costs of running them without proper compensation for its proceeds from the Government of Zimbabwe.

Where payments were received, they would only amount to a third of the total owed.

Between 2016 and 2019, Metallon lost US$82m and Metallon is claiming for US132m for the lack of profit and procurement, including interest.

One of the key issues raised by Metallon in its notice to the Governor of the RBZ and the FPR is that while the Company issued its invoices in USD, the Foreign Currency Retention Scheme saw Metallon being paid in RTGS.

This disparity in the purchasing power resulted in the corporation being unable to procure machinery, equipment and operational goods at competitive prices.

This seriously affected the production capacity of its various mines, leading to huge losses and unemployment measures being taken in an already strained economy.

More than 2 000 employees have lost their jobs.

… Metallon is also suing the Zimbabwe Ministry of Mines and Mining Development for the unlawful withholding of a mining lease that was approved by the Zimbabwean Mining Affairs Board in January 2019. 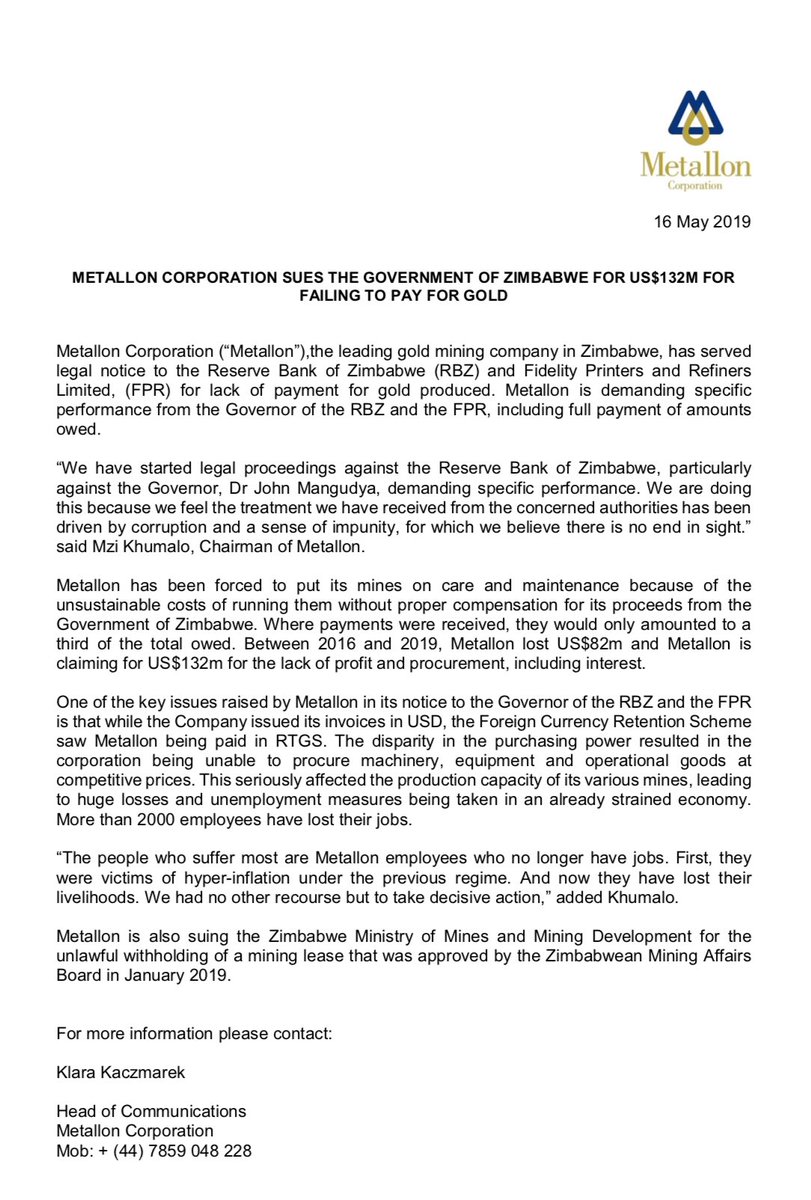