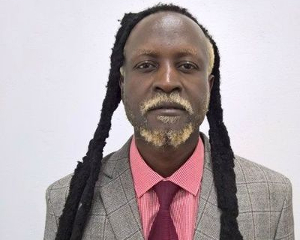 A presidential candidate during the 2018 election, Bryn Mteki, was allegedly assaulted at court by his lawyer Moses Nkomo over a money dispute.

The assault incident reportedly occurred on 26 March this year when Mteki and Nkomo were attending court at the Harare Magistrates’ Civil Court.

It is alleged that Nkomo was representing Mteki in a civil case in which he (Mteki) successfully applied for postponement of the case.

Nkomo, who was irked by the postponement, demanded outstanding legal fees from Mteki. He assaulted Mteki whilst hurling obscenities at the presidential aspirant. Nkomo reportedly said:

Nkomo, who is a senior partner with Donsa-Nkomo and Mutangi IP Attorneys, was not asked to plead to assault when he appeared before Harare magistrate Obedience Matare.

He was remanded out of custody on his own recognition and will be back in court on May 31.