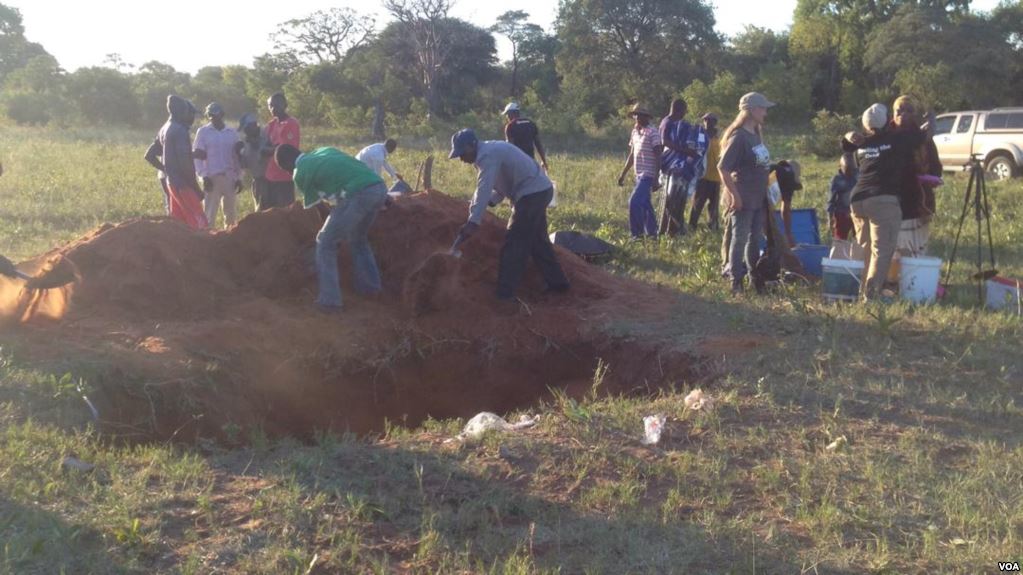 Yesterday, the exhumation of the remains of 2 victims of the Gukurahundi atrocities was carried out in Tsholotsho. Reburial of the remains is planned. The exhumation has ignited some reactions from Zimbabweans on social media with some worried that the process will make it harder to know the truth about the atrocities.

Here are some reactions we selected:

A #gukurahundi exhumation with no truth & no justice. What are the facts of the case? Even key local authorities are in the dark. State media still refer to gukurahundi as political disturbances. Now clear the reburials are meant to bury the truth about what happened. Scandalous! pic.twitter.com/poGtsZrMRc

You must all watch this video!

The shallow graves & mass graves are a crime scene!

"What can your father still say about what happened to him when he died?"
See why graves are crime scenes that must be handled as such?
There must be:
A clear &well- laid out formal process
Documentation
Forensics
Security(for remains)
legal &traditional experts
etc#Gukurahundi https://t.co/3U1rAnGtti

The conversation on exhumations must still be had. At that particular exhumation, there were forensic experts, but were there police? Were there any judicial experts? This process must be formal and uniform. Bigger picture is all graves, collectively, are evidence of a genocide. https://t.co/kRmalKHGwb

i think you complicating issues here, what crime and what evidence. Do you even understand the spirit in which this programme operate. Exhumation is the prerogative of families not the state

When @edmnangagwa met the Matabeleland Collective, one of the requests made was for immediate exhumation & reburial of Gukurahundi victims.All the people now making noise against same are just cashvists afraid that the process will debunk the myth that 20 000 people were killed ! pic.twitter.com/F3hlOexgII

Reburials of the Gukurahundi victims. Question:who will determine who is who in those shallow mass graves?What forensics and who pays? What about the thousands of unborn babies that were ripped with army blades from their mother's pregnant wombs? Who counts and accounts for them? pic.twitter.com/TQAMz5vMsx

It's his personal perspective which l respect. From the info we are getting from the site.
1. Family requested exhumation
2.Experts were on site.
3.This is not the best option, but it brings some relief to victims.
4.Its not perfect but it can be refined. lnvolve UN

Someone should get a court interdict to stop the exhumation @DavidColtart

The whole idea of exhumations when the Gukurahundi issue is an ''ón going investigation' reeks of cover up.

I am pleased to hear yesterday's exhumation was done by forensic experts.Although not advisable, families have the prerogative to conduct reburials. But an NPRC led process must be done properly via a laid out & consistent process with truth, accountability &closure as outcomes. https://t.co/A9w2wYaDMK

Tsholotsho village (formerly Tjolotjo) is in a district in Matebeleland North Province. It is 65km NW of Nyamandhlovu. The name means "the herd of the elephant". Read More About Tsholotsho