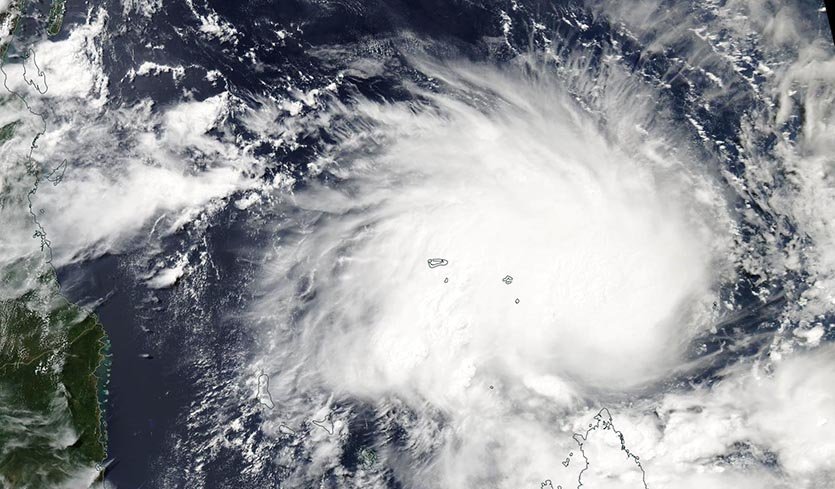 On April 26, NASA’s Aqua satellite provided an image of the remnant clouds and storms still lingering over northern Mozambique. Tropical Cyclone Kenneth which has since killed at least 3 people and destroyed about 3000 homes, made landfall in the less-populated northern reaches of Mozambique on April 25.

The Joint Typhoon Warning Center reported that Kenneth made landfall with maximum wind speeds of 140 miles per hour (220 kph), the equivalent of a Category 4 hurricane. It however weakened rapidly overnight, as it moved north of Pemba.

The cyclone has been projected to also reach Tanzania.