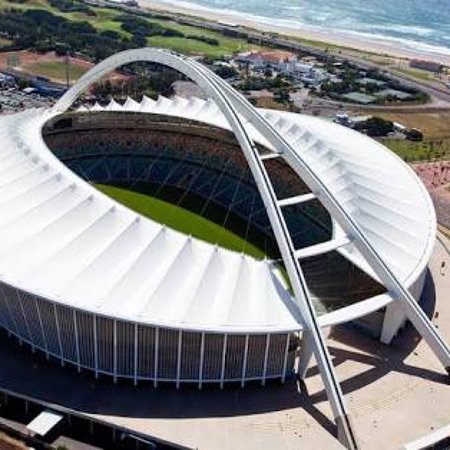 The 2019 Council of Southern Africa Football Associations (COSAFA) Cup will be held in Durban, South Africa from May 25-June 8.

The tournament organisers have revealed the three venues that will host the matches. Two venues have been set aside for training sessions. The 5 venues are as follows:

MOSES MABHIDA STADIUM
The Moses Mabhida Stadium will be used for the semi-finals and final of the 2019 COSAFA Cup. It has a capacity of 85,000.

KING ZWELITHINI STADIUM
King Zwelithini Stadium which is located in Umlazi suburb has a capacity of 10,000. It will be used for group games and knockout matches up to and including the quarterfinals.

PRINCESS MAGOGO STADIUM
The Princess Magogo Stadium in KwaMashu will also be used for the group games and knockout matches up to and including the quarterfinals. It has a capacity of 12,000.

SUGAR RAY XULU STADIUM
The Sugar Ray Xulu Stadium will be a training venue. It has a smaller 6,500 capacity and the stadium is located in the suburb of Clermont.

CHATSWORTH STADIUM
The Chatsworth Stadium is another training venue for the COSAFA Cup but has a large 22,000 capacity. The venue is located in Chatsworth, a large suburb to the south of Durban.