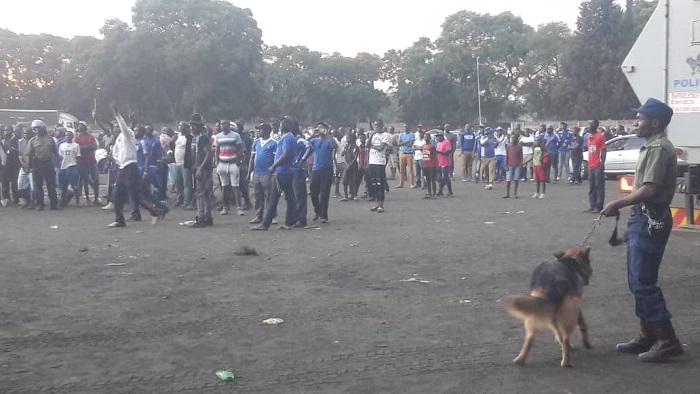 The situation was saved by armed police details who intervened.

Dembare which exerted immense pressure on Herentals particularly in the second half of the match failed to utilise created chances. Herentals later punished the glamour boys by a single goal from Juan Mutudza in the 86th minute.

Murape Murape, Dynamos assistant coach shared his sentiments with journalists after the match:

We played well, but we could not utilize the chances that came our way. As for those demanding for our resignation, kana wapinda basa chasara kubuda.

Most of the players we have lack the Dynamos character. I still have confidence that we will improve.

Following this match, Dynamos FC fired its head coach Chigowe who rescued the team from getting relagated last season.