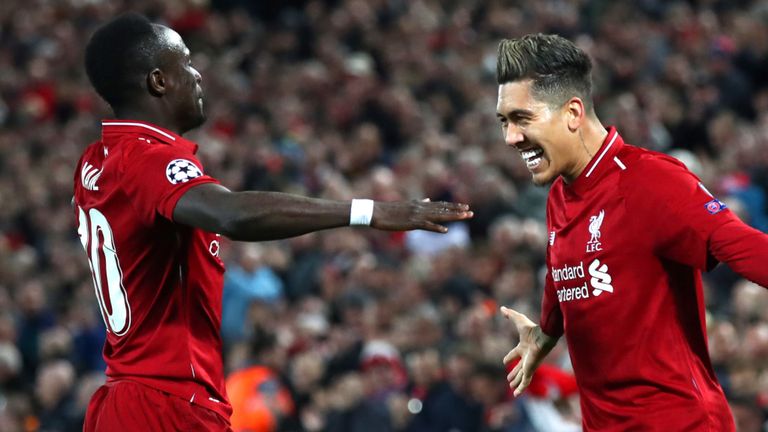 Liverpool beat Portuguese side FC Porto on Tuesday night in the first leg of a Champions League quarterfinal match.

The match was played at Liverpool’s hunting ground, Anfield and finished 2-0 in the Reds’ favour after first-half goals from Guinean midfielder, Naby Keita and Brazilian forward, Roberto Firmino.

Keita’s strike came in the 5th minute when his shot took a heavy deflection off a Porto defender and wrong-footed the goalkeeper.

On 25 minutes, a fine team move ended with Firmino sidefooting into the net at close range after a low cross from young right back, Trent Alexander Arnold.

Porto had its own chances to halve the deficit but was let down by striker Moussa Marega who missed a couple of good opportunities.

We deserved the win 100 per cent and we scored two wonderful goals.

Overall it was a really good performance. These two legs are like a normal game. The first half is played and now we have a bit longer than 15 minutes to prepare for the second half.

Meanwhile, Manchester City lost away to Tottenham Hotspur by a goal to nil in the other quarter-final match after a fine strike by Korean forward Son Heung Min in the second half.