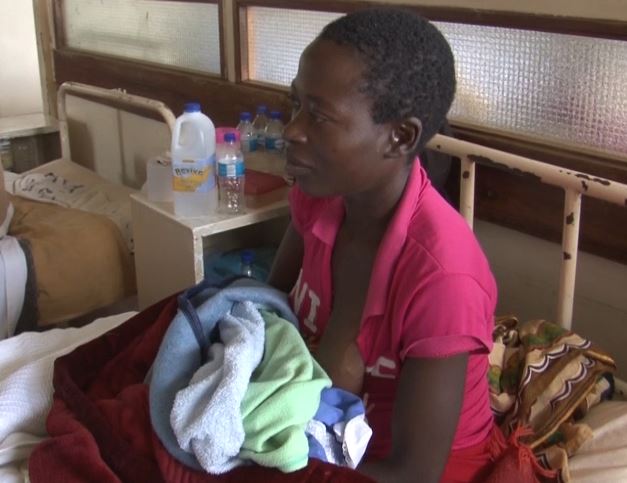 I have been involved in many disaster responses, in many countries and on 3 continents and I keep coming back to the same thoughts on events in the last 3 weeks.

I have never seen a response so spontaneous and in such volume from the average citizen of the affected country as I have seen in Zimbabwe over the last month. Usually, it is always the International NGOs and a bit of help from the national government which brings relief to the affected areas.

However as INGOs were rocking up to Chipinge they were met by Zimbabweans coming out of the area, having been there for a week already! Another unique aspect of this response is that it has involved Zimbabweans from across the socio-economic and geographic spectrum.

The many churches and pastors who began going into the affected areas before it had stopped raining to help with the recovery work. Some walking over 20 miles through muddy mountainous terrain to reach their friends in ministry to provide counselling and the vital medical supplies that they had brought in backpacks.

What makes this so amazing? Zimbabwe has been through a massive upheaval in the last 20 years. The wealth of our nation has been eroded, individual and company profits have been wiped out (twice), yet tonnes of aid and thousands of dollars are pouring in from all over the country.

Zimbabweans still love Zimbabweans. It is sad that it has been so long since we have seen such a groundswell of support and action for our fellow citizen.

As encouraging as all this is, let us not forget what this is about, and that is the victims of Cyclone Idai. Having spent time in the affected areas I am deeply moved by the devastation I have seen.

Thousands of tonnes of mud and debris with rocks the size of vehicles strewn down valleys that until recently had homesteads, bridges, police stations, schools etc. In one valley we covered, every wall that faced East was destroyed and many homesteads had multiple structures flattened.

The evidence of the power of the mudslides and wind during the storm was evident wherever you looked. Hearing story of after story from survivors has given me a glimpse of the horror they faced. Some pointing to the rubble in tears wishing they were buried with their missing family members who lie under 3m of mud and rock.

Yes food, blankets etc are needed but what is very clear to me is that we need to have professional and appropriate counselling and psychosocial care for these communities. As Africans this is something we do not like to get into, however, this needs to be prioritised in the short and medium term.

In the last week, there have been some cynics complaining about the slow progress of the response to the cyclone. To them, I would say “what would you expect?” This part of the country is already very remote with bottlenecked access and cell phone reception at the best of times.

The journal Nature has already written a paper on Why Cyclone Idai is one of the Southern Hemisphere’s most devastating storms. Like most government departments the CPU has received very little in order for them to operate effectively over the last 10 years.

Most NGOs in Zimbabwe are not equipped to respond to such a disaster or at least need some time to relocate resources and staff from other offices and warehouses in the region. If our organisation had a helicopter on standby for the last 6 years waiting to respond to a flood, our donors would have said it would be an extravagance.

People are working tirelessly with a work ethic that is to be admired by any profession. What we need is better coordination from everyone involved, putting ego’s, retweets and funding opportunities to one side.

Unfortunately having spent time in affected communities I have seen first hand how entrenched the lack of professionalism and the corruption is within the local government offices, Police and CPU offices. This was no earthquake; the government knew this was coming before it arrived and simply calling it an “act of God” is a pathetic excuse for poor preventative measures.

One DA insisted that communities were exaggerating the damage from the cyclone and dismissed information from a ward saying that “those people just want things for free”. Officially only 6 people have been killed in the district, however, we know that 152 bodies were recovered from one location!

As we speak there are still thousands of households throughout the eastern districts of Zimbabwe that are cut off and desperately need food, clothing, medicine etc but local government offices are seizing aid shipments insisting that they, and only, they will decide who and where the aid will go.

Aid needs to be delivered to communities who have been affected by the cyclone, not to individuals and wards that “belong” to a certain party. If Zimbabwe is open for business, maybe we are not open to assistance?