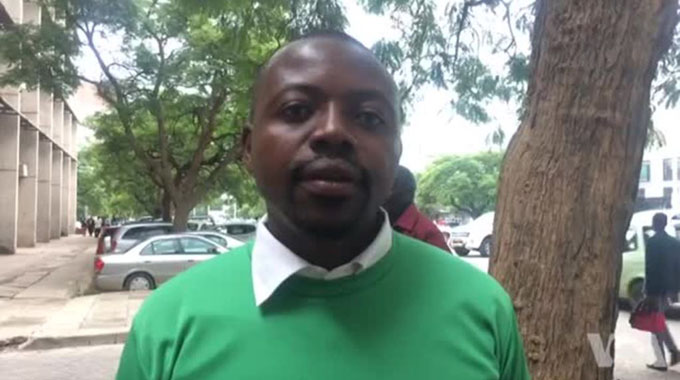 From the archives as Independence day approaches.

By Obert Masaraure
The torturous and arduous journey towards independence from colonial rule is a feat worth commemorating. It will be however folly to remain stuck in the past, drunk with the “victories” of yesteryear and failing to reconstruct our nation to greatness.

The black elite misgoverning our country would want us to keep us revelling the exploits of the liberation struggle. They even go to the extent of expelling other citizens from the historical epoch.

They monopolise the struggle and want to use it as an announcement to rule our country as they please. They bought title deeds to rule forever by fighting against colonial rule.

Mnangagwa’s interview aired on ZBCtv on Monday was pregnant with these reminders of how this group of elite blacks fought the whites. Our President never fails in the same regard, he always takes time to give us doses of the heroic sacrifices made for independence to become a reality.

We are however aware that our elite brothers in government simply replaced the white oppressor and shared among themselves all that was owned by the white elite.

Our government cannot speak of the future because they are squandering it. They don’t have the moral authority to speak of a future they are destroying.

Mugabe today stands between the masses and a cabal of thieves in his government. He easily brainwashes citizens who respect him for his role in the struggle.

As Mugabe hypnotises the poor with his rhetoric, the likes of Kasukuwere and Mnangagwa are looting the country behind the scenes. This new bourgeois grouping collaborates perfectly well with their opposite number in China, Russia, the Middle East, Europe and America.

The thieves even externalise all their ill-gotten wealth to Europe and other foreign destinations as they are unsure of how long this looting adventure will last.

To safeguard their unscrupulous agenda they have secured the loyal service of the army, the police force and the state intelligence. The bosses of these outfits have aggressively muscled their way into multi-billionaire ventures.

Their loot is only secure under the establishment or a replica of the same under a different leader. Read between the lines when Chiwenga declares that he won’t salute anyone without liberation war credentials. He will be referring to the clique who respect the looting contract.

These comrades in government constituted a middle class during the liberation struggle and resigned the militants after the war through a demobilisation fund. The militants who are called war veterans today are now suffering the same fate as the ordinary masses.

We, however, have a clique that was not good enough to join the government after independence who did a bit of reading just before and after independence, they now claim to represent the interests of the retired militants. Of course for clear selfish ends.

A new breed of militants has also been groomed in ZANU PF youths league. This breed is pampered with gifts for patronage. As long as their patronage trough is full they can kill for Mugabe and his cabal of mercenaries to remain in power.

In this context, our independence commemorations must be an opportunity for reawakening the consciousness of the peasants to redefine their role in this new paradigm.

Their children can no longer access the commodified education of deplorable quality. Sloganeering for meals is not sustainable, ululating for farming inputs is not empowering and bum shaking for regalia will not develop our country.

Peasants played a big role in fighting the white colonial master and can even play a better role in dismantling the exploiting black government. It will be relieving to see villagers from Dotito to Tshlotsho coming together to reject the establishment.

They must not wait for elections but wage spontaneous protests countrywide demanding opportunities in the national economy. These protests can be led by the militants who were retired after the war and the disenfranchised young people in our rural communities.

Likewise the students in colleges today must join hands with the depleted labour and the unemployed in urban areas and launch a sustained struggle against black repression and exclusion by fellow blacks. Young men and women led the struggle against colonialism and this generation can do the same or even better.

As we fight the struggles to dismantle the establishment we must be constructing a vision for a country that we won’t post this regime. How we are going to make electricity available in all villages so as to trigger development in all our communities. How we will transform are farming to become intensive and further process all our primary outputs.

How we will ensure citizen ownership of mineral wealth and a guarantee of effective extraction and beneficiation of the minerals. How we will introduce advanced manufacturing technology in the industry.

Let’s avoid replacing the incumbent regime with another of the same shade and creed.

Our independence commemorations must inspire us to fight.
All the best Zimbabwe
Obert Masaraure.
+263776129336
Obertmasaraure@gmail.com
Writing in his personal capacity.