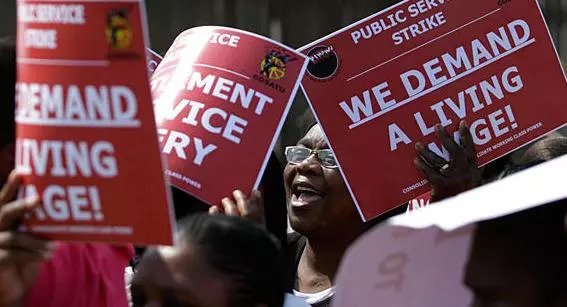 The pro-government Zimbabwe Federation of Trade Union (ZFTU) has said that President Mnangagwa is surrounded by a cartel of monopoly capital. This, ZFTU says, has caused him to ignore the suffering of workers and ordinary people as prices of basics keep increasing.

It is an open secret that the president is now being surrounded by a cartel of monopoly capital. These people have been monopolising the market and causing an increase in the prices of basic goods for personal gain.

This cartel makes wanton increases of prices of basic goods and services, which are not justified. But because they are the close buddies of the president, the poor people now suspect that he is part of that cartel

These people are misleading the president, busy telling him lies on the state of the economy and surely, we can’t keep quiet or else by August, if we don’t act now, we will all be dead due to stress-related illnesses.

If the president still wants our backing as the labour movement, he must remove these capitalists near him

Shamuyarira also criticised the victimisation of rival ZCTU trade unionist after the Shutdown protest in January 2019.