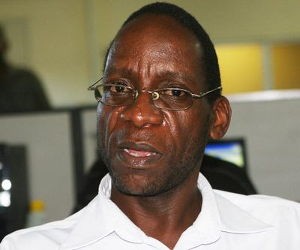 Professor Lovemore Madhuku has said that the current MDC is no different to Zanu-PF. Madhuku was speaking to the Standard in the Big Interview. He said that MDC members are now loyal to the leadership instead of being loyal to ideas.

He had been asked how he compares the MDC of 1999 (which he was a founding member of) and the current MDC. Said Madhuku:

The MDC of 1999 is long lost and what we have now is something else, a replica of Zanu PF.

When the MDC was formed in 1999, it was a social democratic party and was the voice of the working people, but now, it is a voice of business.

Look at the structure, it proposes to have three VPs, way beyond what the constitution of the country provides for. How do you justify that?

This MDC of today is driven by individuals and loyalty is measured by being loyal to the leader and not the idea and belief.

This culture is known in Zanu PF. For 38 years we had Gushungo kuphela and now in Zanu PF they have ED Pfee, what is that?

In the MDC they have Chamisa Chete Chete, nothing different from what we opposed when we formed the MDC.

So I believe the MDC is now a different party with a different idea and path different from what we had in 1999.

As the political leader of the NCA, Madhuku is participating in the dialogue with President Emmerson Mnangagwa. Chamisa has refused to participate saying that Mnangagwa has no mandate to call parties to dialogue with him as he had not won the 2018 elections. Madhuku said the dialogue is not about Mnangagwa’s legitimacy but about building a new Zimbabwe and ensuring that the 2023 elections are free and fair.