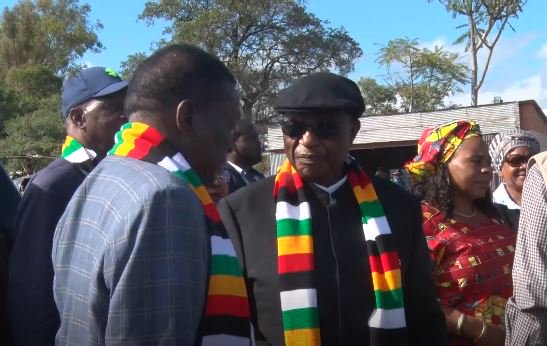 President Emmerson Mnangagwa on Thursday lauded the British Monarchy for the four letters written to Zimbabwe by the royal family paying their condolences following the Cyclone disaster.

Speaking to communities in Ngangu, Chimanimani, where he was accompanied by State House Dialogue interlocutors to asses progress made so far in the rehabilitation of infrastructure destroyed by the cyclone, Mnangagwa said:

You know one thing, our relationship with the British turned sour over the land reform programme. Let me tell you what happened. This Cyclone kunoti zvimwe zvinoipa zvimwe zvichinaka (when some situations go bad, some turn positive).

Queen Elizabeth herself sat down and wrote a letter to Zimbabwe, saying she had heard about Cyclone and how can she render assistance.

Her child, Prince Charles who will take over from her, the late Princess Diana’s husband, the one who came and took over the Union Jack flag on our independence day also wrote his letter and we received it.

I said to myself “uuh zvinhu izvi (this occurrence). The letter also mentioned that the relationship between Zimbabwe and Britain should be strengthened.

I was happy to receive such letters.