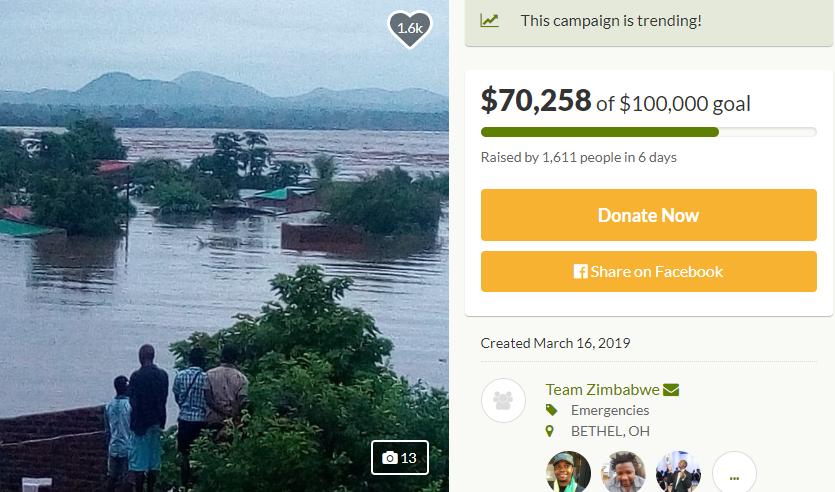 An online fundraising campaign initiated and led by a Zimbabwean in the USA,  Freeman Chari, has reached more than US $70,000 in just six days. The campaign was launched soon after the desperate situation in Manicaland following Cyclone Idai was clear.

The fundraising campaign is probably the highest ever raised online for a Zimbabwean cause. Money from the campaign is being sent in batches through WorldRemit who agreed to waive the transfer fees.

Chari is working with Sean Mullens who is a Pastor at One Church in Harare and Jacque Rowe Anderson, who heads the Miracle Missions  in Zimbabwe. The two are coordinating the efforts together with other relief agencies on the ground.

Even though he’s in the US, through communicating with people on the ground, Chari has also been active providing updates online about the situation in Manicaland, especially noting what the most critical relief needs.