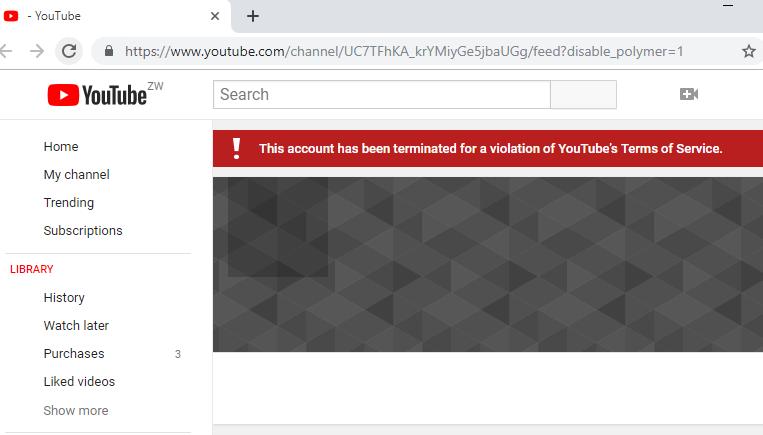 The Steward Nyamayaro channel was run by Stewart Nyamayaro himself. Writing about the shutdown of the channel, cultural activist Plot Mhako said:

Sly Media discovered that Stewart’ monetized Youtube channel was carrying several of their videos and they made a copyright report to Youtube. Initially, it is believed that Stewart and team paid a deaf ear to the copyright strike despite it posing a real threat to the entire channel carrying thousands of videos.

Sly Media Tv then followed up by lodging a formal complaint with the account holders and requested that the videos be removed and compensation of $2500 USD be paid. Stewart Nyamayaro and team sensing danger went on to transfer $500 USD to Sly Media’s FCA account. This did not go well with the complainant as the amount was nowhere near half of the demand. Here’s the notice served by Sly Media to Steward Nyamayaro and the disagreements about compensation: 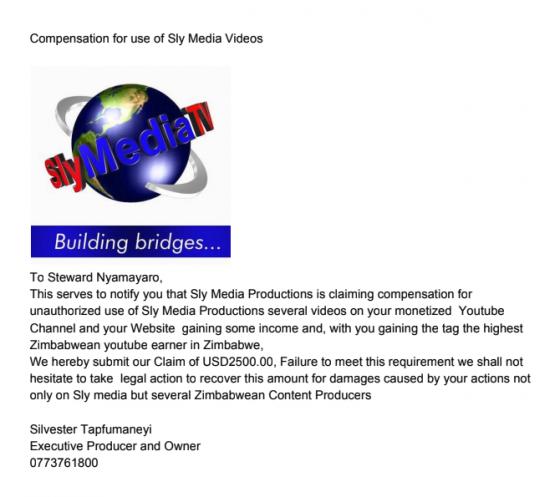 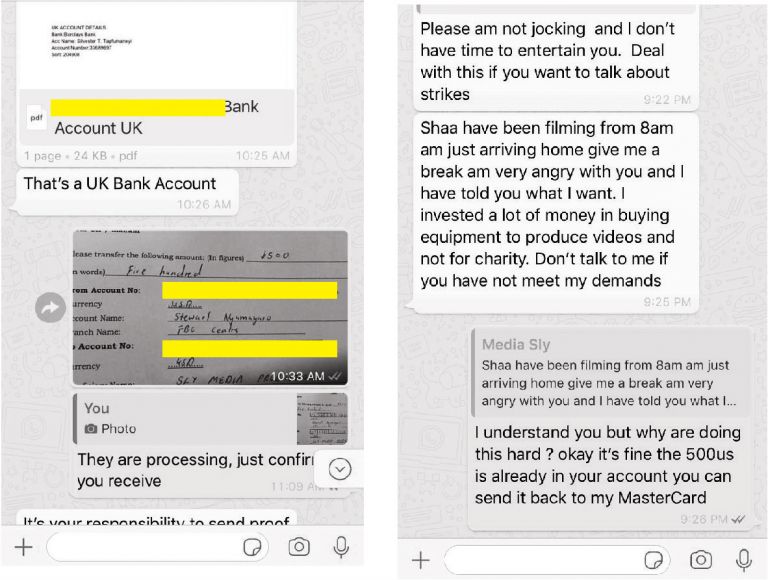 In an Interview with Robert Tapfumaneyi of Sly Media TV today he said:

We put so much money, work and effort to create content and some find it easy to steal that content and share as their own, making money off our work. We did nothing wrong, we simply followed Youtube terms and conditions and reported a copyright infringement. They should deal with Youtube now. We tried to amicably engage them but instead, that was met with threats and arrogance.

Earlier in the week before the channel went under, I spoke to Stewart Nyamayaro and he had this to say:

I’m not making money from the music we share since the music has got content ID from the digital Distributor. As far as l know I’m in good terms with all Youtubers except Jungle Entertainment