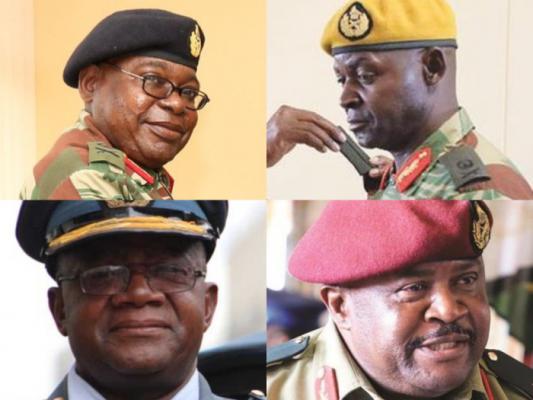 President Emmerson Mnangagwa has promoted on retirement three Major Generals and one Air Vice Marshal to the ranks of Lieutenant General and Air Marshal respectively.

The retired four senior officers were reassigned to the diplomatic service earlier this year. ZBC News reports the promotions are in terms of Section 15(1) (b)(2) of the Defence Act chapter 11.02, as read with the Zimbabwe Defence Forces (ZDF) policy on retirement. The newly promoted officers are Lieutenant General Martin Chedondo, Lieutenant General Douglas Nyikayaramba, Lieutenant General Anselem Sanyatwe and Air Marshal Sheba Shumbayawonda.