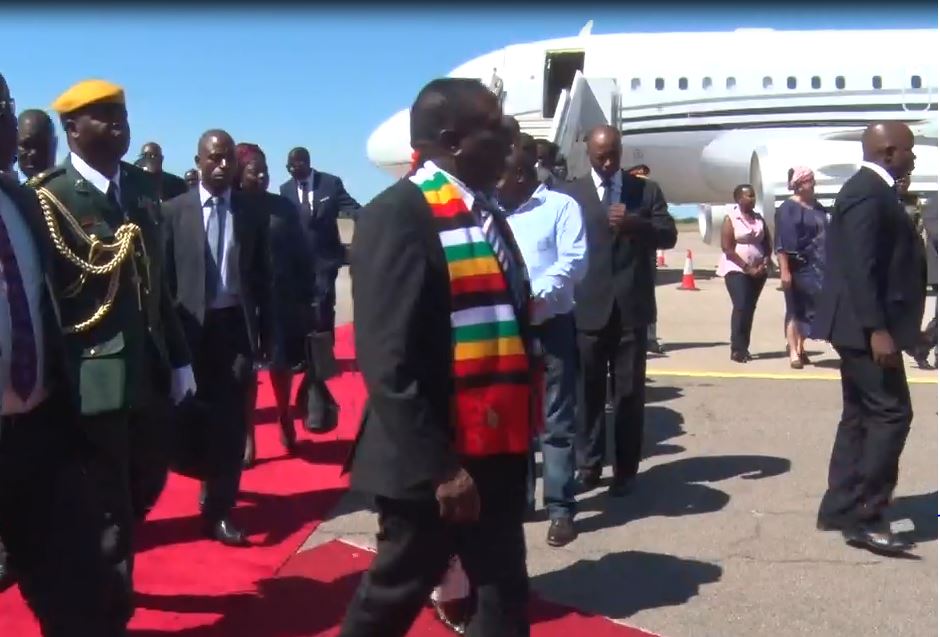 A ZimLive report claims that President Emmerson Mnangagwa hired a luxury jet from Dubai to fly him the hour-long journey from Harare to Bulawayo on Thursday.

The Airbus A318-100 flew seven hours and 16 minutes from Dubai in the United Arab Emirates on Wednesday to position in Harare, ahead of Mnangagwa’s flight to Bulawayo this morning where he addressed civil society groups.

The jet was reportedly hired by Vice President Constantino Chiwenga’s wife, Mary, whose company East Town Holdings was controversially awarded a contract to provide government VIP “travel services and other services” in January 2018.

The Airbus, which costs US$12 500 per hour, is owned by Constellation Aviation Services and has registration number A6-CAS.

If this is true, then it confirms what we have always known that we have an uncaring executive that is a firm disciple of primitive and conspicuous consumption.

In a period when the government has brought out its begging bowl following the devastating cyclone for which they failed to plan, we now have to witness Mnangagwa going to great lengths to spend precious foreign currency in the same way a man buys a golden toilet seat but asks for donations to help him fix his leaking roof.

It’s now clear that he carried out a coup in order to have these luxury joy flights at the expense of the taxpayer. This abuse of office.