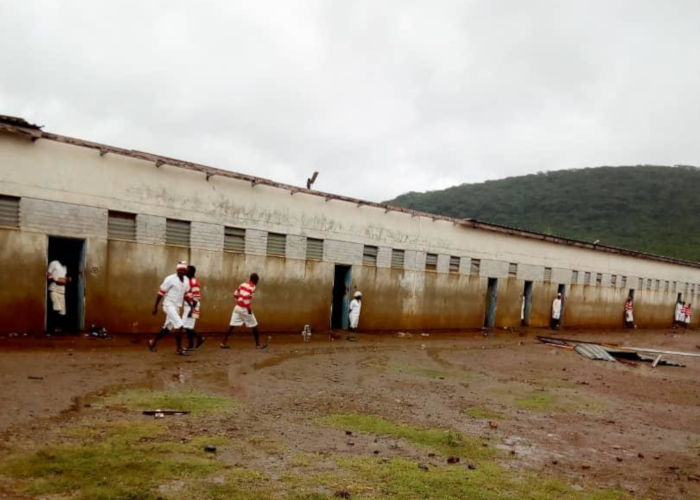 Officer Commanding Zimbabwe Prisons and Correctional Services in Masvingo Assistant Commissioner Social Ndanga said one of the affected cells housed 29 high risk prisoners, while three others housed 54 inmates in the lesser risk category. Ndanga said the situation was under control, pointing out all the prisoners were safe and secure after being evacuated from damaged cells. Said Ndanga:

On the fateful day (Saturday morning) we had to delay the unlock time because of the rains and around that time very strong winds blew away roofs from four cells one of which houses high risk prisoners. Some of the corrugated sheets were broken after being blown away by the strong winds and we had to move the affected prisoners to other cells so the situation is very much under control. There were no injuries save for one inmate who had to be treated by our prison medical staff after being injured on the finger, but he is okay.