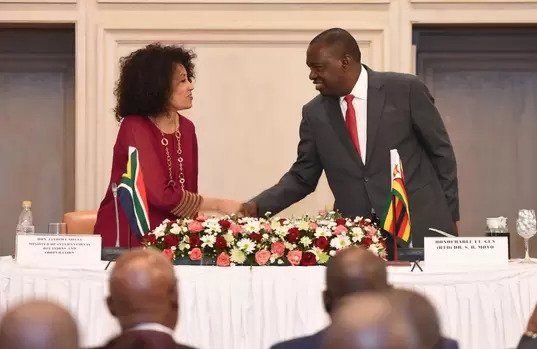 Stephen Chan, an author and Professor of World Politics at SOAS, University of London said that there was no way South Africa’s president Cyril Ramaphosa was going to bail out Zimbabwe.

Ramaphosa was in the country recently for the South Africa-Zimbabwe Bi-National Commission. The South African government did not commit to a bailout package for Zimbabwe.

Well, I did say Ramaphosa would not bail out Zimbabwe. The question is why anyone even thought he might. Begging is not a workable policy. The oligarchs don’t want economic reform because they do not want to give up even a fraction of what they have acquired. But reform must come.

Chan is the author of “Why Mugabe Won: The 2013 elections in Zimbabwe and their aftermath” and “Robert Mugabe: A Life of Power and Violence.”