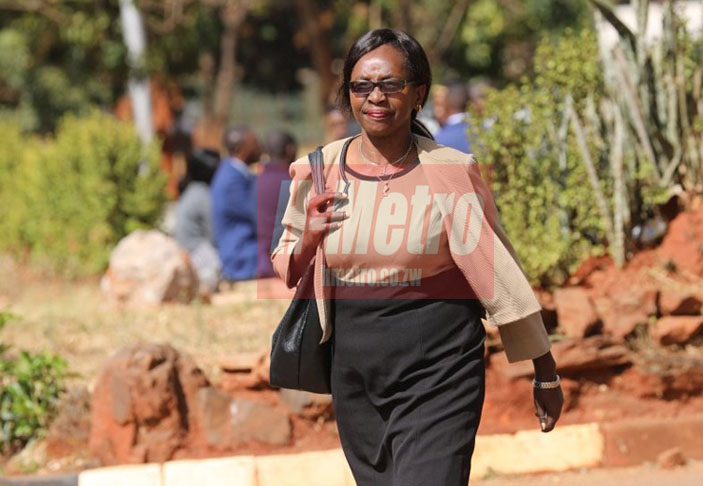 On behalf of his Excellency the President, Cde Emmerson Dambudzo Mnangagwa, I wish to express my deepest and heartfelt condolences to the Makwanya Family on the passing on of Judith.

A seasoned and committed journalist, the late Cde Makwanya leaves behind a hard-to-fill gap in the Broadcast sub-sector of our media industry.

Many will remember her strident and passionate reports inspired by a deep love for her profession, country and her people.

It was this love and principled stance in defence of the National Interest which earned her the wrath of the West by way of punitive sanctions imposed on her.

As we mourn her sad and untimely departure, we are all challenged to harness our communication skills in defence of our Nation and its interests.

We will miss her so sorely.

May her soul rest in Eternal Peace. 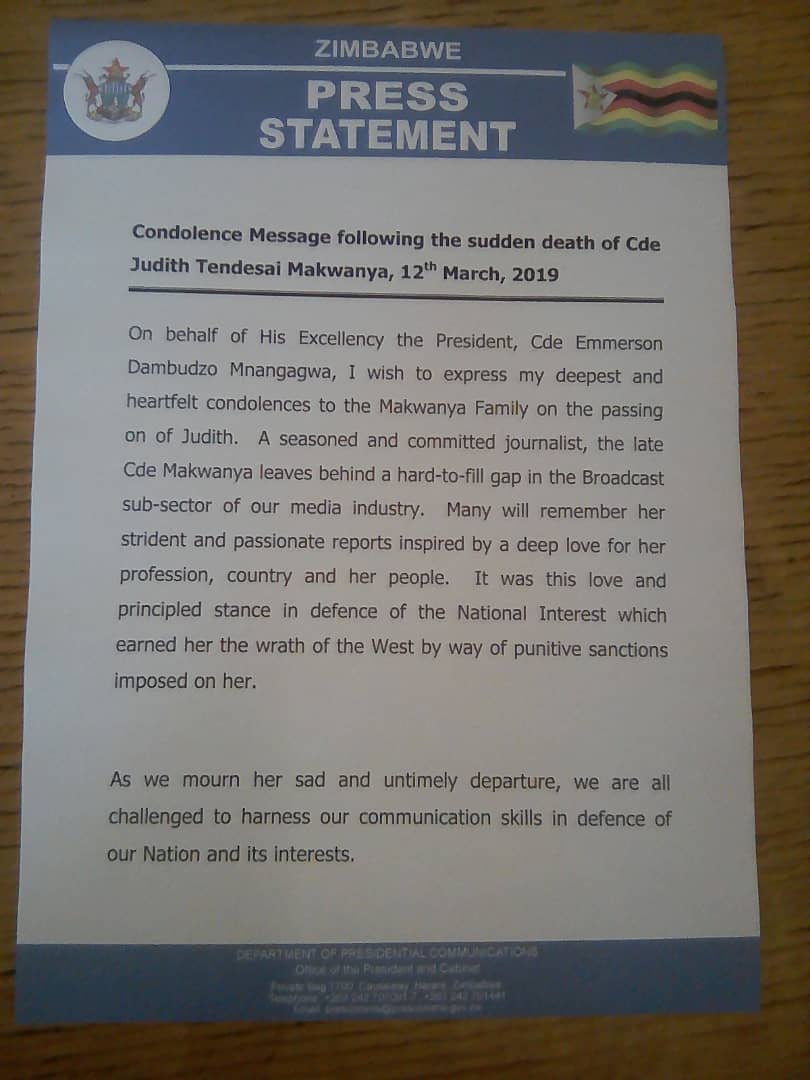 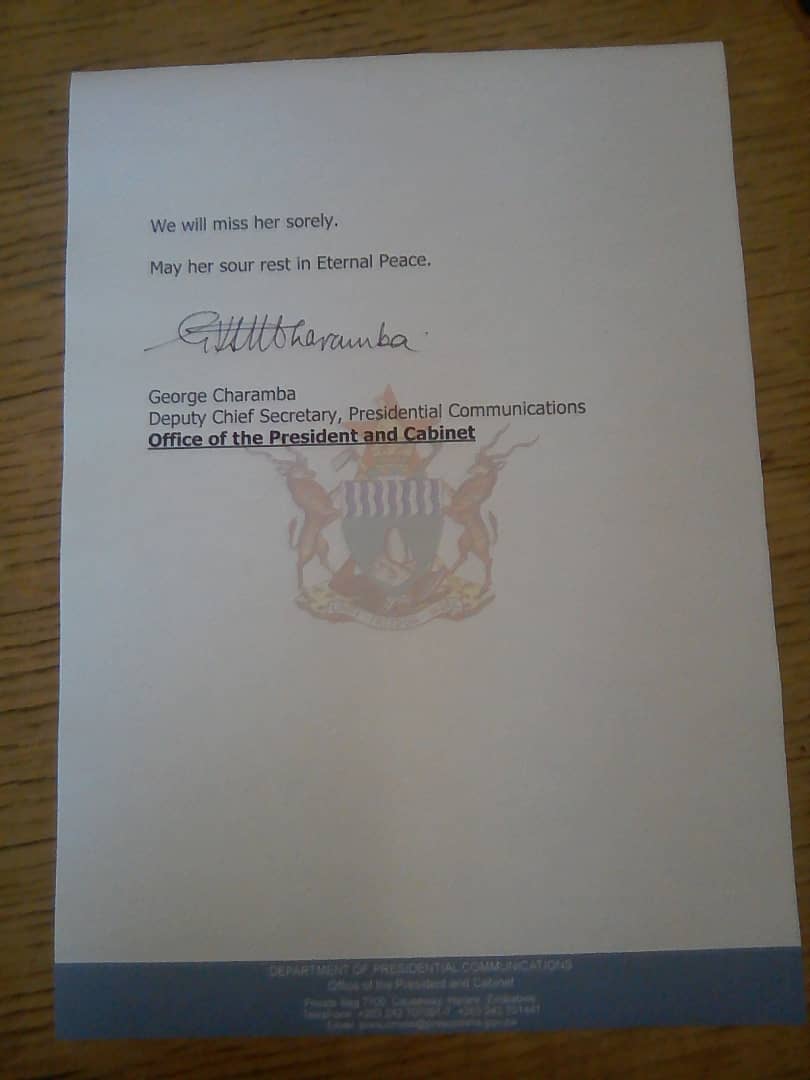