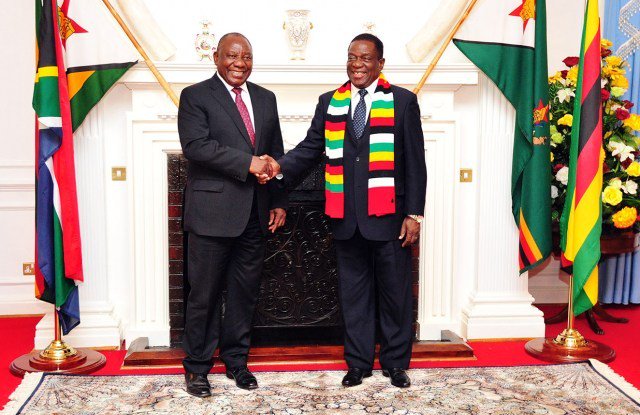 She said Ramaphosa should not make financial commitments to Zimbabwe because of the country’s continued campaign of political repression as well as South Africa’s escalating debt burden. Ramaphosa is in Zimbabwe where he is co-chairing the Bi-National Commission (BNC) with his Zimbabwean counterpart President Emmerson Mnangagwa. Kalyan said Ramaphosa should instead use his visit to reinforce pressure on Zimbabwe to stop repression of dissenting voices and political opposition. Said Kalyan:

South Africa cannot afford to compound our own fiscal problems by draining our fiscus to prop up the state repression in Zimbabwe. Economic prosperity in Zimbabwe depends on a solid foundation of good governance in the country, and the Ramaphosa administration must therefore support efforts to strengthen democracy in that country. Ramaphosa must use the current bilateral talks to reinforce pressure on the country to cease its repression of dissenting voices and political opposition. The lives and the freedom of a nation hang in the balance. The DA stands firmly behind the people of Zimbabwe and supports the continuation of sanctions against members of the brutal military regime until democracy is restored in Zimbabwe and its people are freed from state violence and political repression.