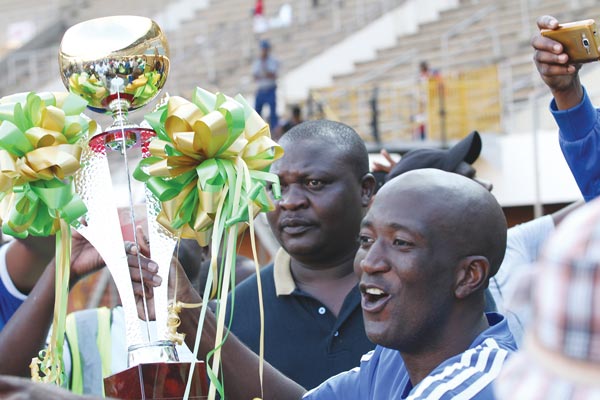 Dynamos captain Edward Sadomba rolled back the years on Sunday after he dazzled for the Glamour Boys in a Charity Challenge match against Caps United played at the National Sports Stadium.

Dynamos went on to with the match 2-0 after “Duduza” scored one and DRC import Ngandu Mangala scored the other.

Sadomba is akin to the Prodigal Son, as he last featured for DeMbare 10 years ago.

In the intervening period, he played in Mozambique, Sudan, United Arab Emirates and Libya.

Firstly, I want to thank God for the victory. I also want to thank our supporters for coming and rallying behind us. We just want to try our best so that our fans will return again to the Stadium.

Scoring after 10 years, it feels really great. Last season we didn’t perform well, so we want to try and work hard this time around to please our fans. I just want to take each game as it comes, I don’t want to set any target for myself, sometimes it brings unnecessary pressure.

The 35-year-old signed a one-year-deal with Dynamos ahead of the 2019 Castle Lager Premiership season which commences on March 30.