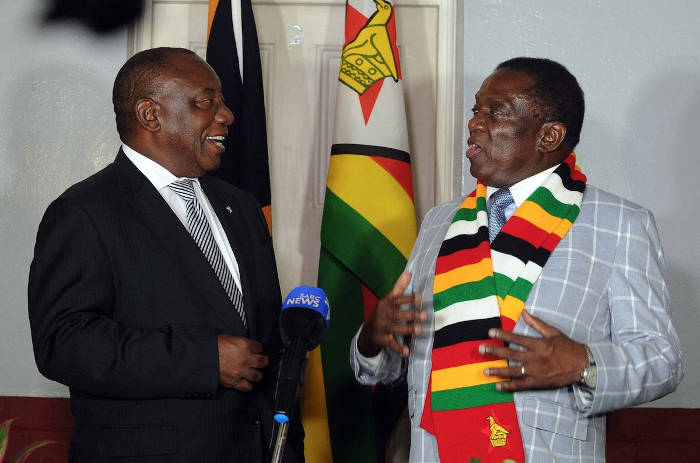 South Africa’s President Cyril Ramaphosa is set to arrive in Harare for bilateral talks between the two countries, expected to culminate in trade and economic agreements.

South Africa and Zimbabwe have good bilateral political, economic and social relations underpinned by strong historical ties dating back from the years of the liberation struggle

Also coming to Zimbabwe for the talks are 6 ministers:

The visit is part of what’s being referred to as Zimbabwe – South Africa Bi-National Commission (BNC).