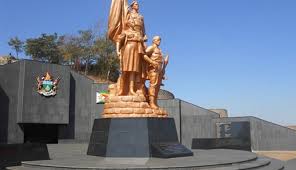 President Emmerson Mnangagwa said that the late national hero, Brigadier-General Emilio Munemo was a distinguished cadre of the liberation struggle, teacher par excellence, mobiliser and a reservoir of knowledge on the values of the liberation war.

Mnangagwa was addressing thousands of people who had gathered at the National Heroes’ Acre in Harare at national hero Munemo’s burial. He said:

It is that rich record which has earned him a place in our hearts and informed our decision to lay him to rest at this shrine of honour, the National Heroes Acre, alongside many other revolutionaries gone before him.

As much as it is hard to console his bereaved family, let us all take pride in the great deeds which the late Cde Munemo accomplished in the service of his people and nation; deeds that will outline his life on this earth and will inspire generations to come.