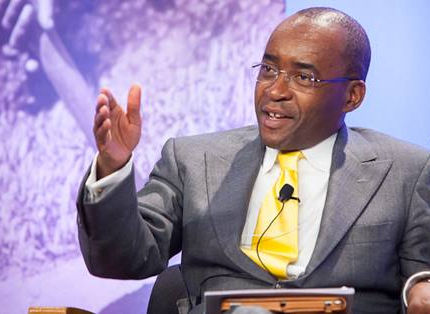 Econet founder Strive Masiyiwa is the only Zimbabwean on Forbes’ Black Billionaires 2019 list.

According to Forbes, Masiyiwa is worth $2.4 billion. Nigeria and USA topped the list with 4 billionaires apiece while Zimbabwe, Angola, South Africa, Canada and Britain had one representative each on the list released by Forbes on March 5, 2019.

Top on the list is, Aliko Dangote with a net worth of $10.9 billion, according to Forbes. Nigeria’s first female billionaire Folorunsho Alakija and Oprah Winfrey of the US and the oldest daughter of Angola’s former president Isabel dos Santos are the only black female billionaires in the world.