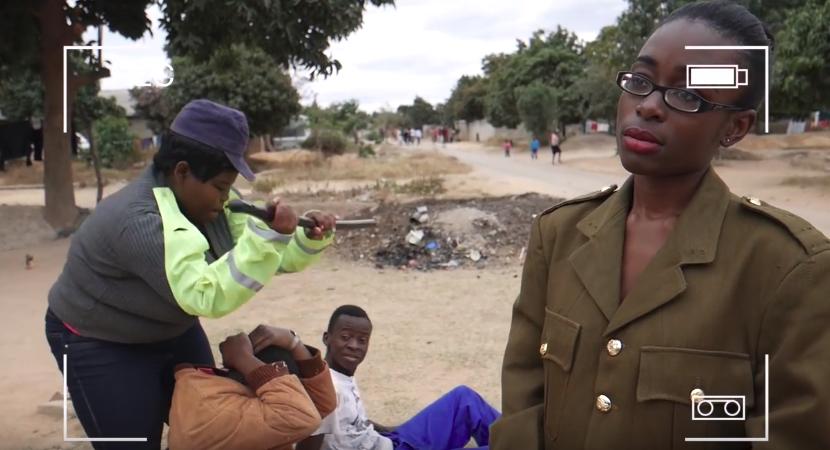 Police Spokesperson Senior Assistant Commissioner Charity Charamba said that the Bustop TV duo, Gonyeti and Maggie were not arrested for their skit #CharityCharambaChallenge.

Gonyeti and Maggie, real names Samantha Kureya and Sharon Chideu respectively, were on Tuesday arrested by the police for producing a film while clad in apparel resembling police uniforms.

Charamba said that actors should, first of all, seek permission from the relevant authorities before using police or military uniform-resembling clothes in their performances.

Gonyeti and Maggie were made to pay $20 each as Admission of Guilty fines. Below is Charamba speaking: