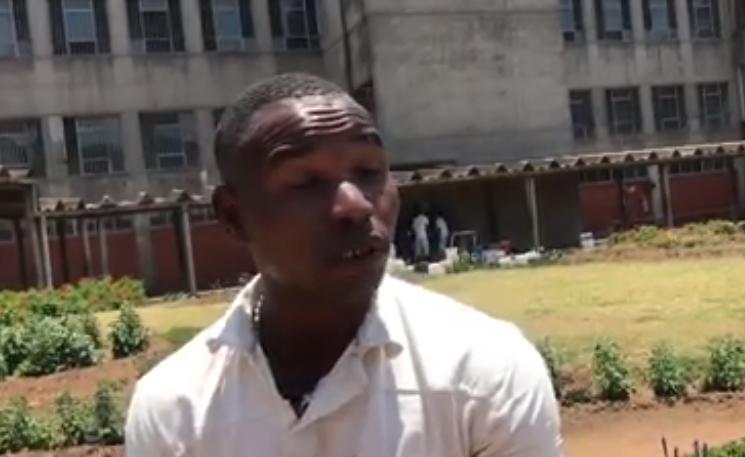 A serial killer, Brian Mupaiki, who is currently serving a 60-year jail term at Chikurubi Maximum Security Prison in Zimbabwe, narrates how he murdered 3 people in this video.

He said that together with his aunts, they murdered 3 people, including his own brother and girlfriend in Chivhu and Gutu areas.

Mupaiki was paid US $20,000 for the murders, after which he fled to Botswana. He was eventually arrested after his older brother turned him in and he was extradited to Zimbabwe. Mupaiki was charged for all 3 murders, admitted guilt to one of them and was sentenced to 20 years for each murder.

His aunts, with whom he committed the crimes, are still free.

Mupaiki asks for forgiveness for his crimes and says he’s now a born again Christian. He is writing a novel and is also working on gospel music that he looks forward to releasing.