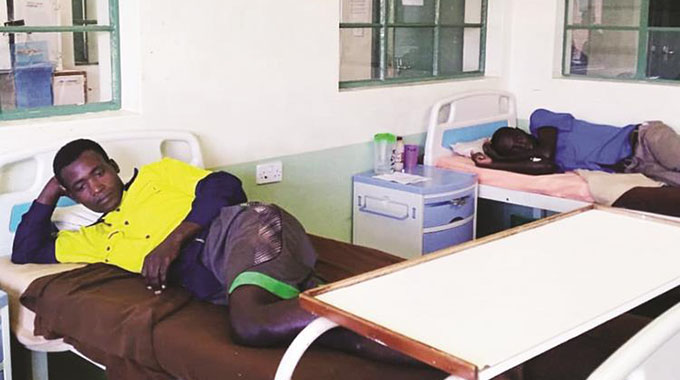 Survivors of the Battlefields Mine Disaster narrated their ordeal from the fateful night when floodwaters washed into the mine shafts to the day when they were extracted from the bowels of the earth.

A survivor from Cricket No 3 Mine, Tinahse Ndaruza had this to say:

It was a terrible experience as we spent three days without eating. We survived on water during those days.

The hope of making it alive was slowly fading as the days progressed. l did not stop praying during this time day and night asking God to help me make it out alive.

As we tried to escape the disaster we stepped on at least 10 bodies. The possibility of others coming out alive from our shaft are now very slim. However, it is possible that they could have found somewhere to hide as we did.

Another survivor, Silent Napulu said tragedy struck as they were about to get out of the pit. He said:

We had finished our mining activities and on our way out we were pushed backwards by water and luckily we managed to climb on a rock where the water level was low. That is where we were perched for the past four days.