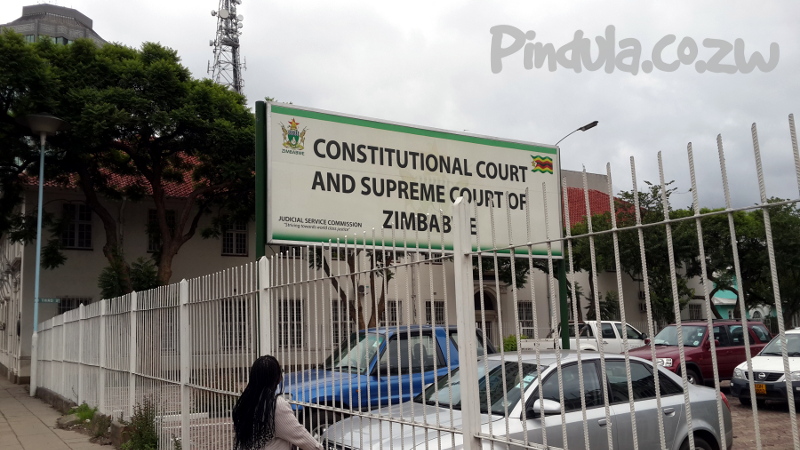 Many people arrested in connection with last month’s disturbances have been charged with criminal nuisance;  many have signed admissions of guilt and have been released after paying deposit fines.

What is criminal nuisance and how does it affect the right to demonstrate guaranteed by section 59 of the Constitution?

The term “criminal nuisance” covers a multitude of sins.  According to section 46 of the Criminal Law Code, anyone who does anything set out in the Third Schedule to the Code is guilty of criminal nuisance and liable to a fine of up to $200 or to a prison sentence of up to six months.

The Third Schedule lists a total of 29 separate acts which can amount to criminal nuisance.  They range from mischievously ringing doorbells to skinning animals in public.  Among this miscellany the following acts could conceivably form the subject of a charge against a person who participated in the recent disturbances:

(c)  without the permission of the appropriate authority, makes a fire … in a public place [This would cover burning tyres in a street];

(f)   encumbers or obstructs the free passage along any street, road, thoroughfare, sidewalk or pavement;

(m) shouts or screams in a public place to the annoyance of the public;

(v)  … does any act which is likely to create a nuisance or obstruction.

If a person does any of these things in a public place or a street he or she will be guilty of criminal nuisance.  Does it make any difference if the person is taking part is a demonstration?

It should do, because of sections 58 and 59 of the Constitution, which guarantee freedom of assembly and freedom to demonstrate.

Freedom of Assembly and Demonstration

The sections 58 and 59 of the Constitution are worded in broad terms:

Every person has the right to demonstrate and to present petitions, but these rights must be exercised peacefully.” [section 59]

These rights, together with the allied right to freedom of expression, are the bedrock on which democracy is based.  Unless people can assemble together to demonstrate for or against particular causes, rulers will be unresponsive to their people’s concerns.  Ordinary citizens must be able to bring their concerns to the attention of their rulers – presidents, ministers and legislators – at times of their own choosing, not just at political rallies staged by the rulers themselves.  Demonstrations serve this purpose and another one too:  bringing issues to the notice of the wider general public, serving as catalysts for public debate.  Without the right to demonstrate, democracy is stultified.

Interpretation of sections 58 & 59 of the Constitution

Because freedom of association and freedom to demonstrate are so important to democracy, sections 58 and 59 of the Constitution must be interpreted broadly to give them the widest possible scope.  This is laid down by section 46 of the Constitution itself, which states that “full effect” must be given to the rights and freedoms laid down in the Declaration of Rights [of which sections 58 and 59 form a part] in order to promote “the values and principles that underlie a democratic society based on openness, justice, human dignity, equality and freedom”.  While laws may limit the freedoms, the limitations must be “fair, reasonable, necessary and justifiable in a democratic society …” [section 86 of the Constitution].

It should be noted that section 59 of the Constitution contains its own limitation:  the section protects peaceful demonstrations, not violent ones.  Peacefulness, however, is a relative term.  All large demonstrations carry an incipient threat of violence simply because a crowd of people have gathered together to express their united support for or opposition to a particular cause.  Demonstrations in a street may block traffic or prevent pedestrians from walking on a pavement, but that in itself does not amount to violence even if there is an implied threat that the demonstrators will forcibly resist any attempt on the part of traffic or pedestrians to force their way through the demonstration.  Chanting or shouting by demonstrators, also, cannot be regarded as violence even if bystanders object to what is being chanted or shouted.  The Constitution protects the right to demonstrate for unpopular as well as popular causes.

A further point is that, according to a judgment of the Constitutional Court in South Africa, if some demonstrators resort to violence while the majority remain peaceful their demonstration is still protected by the Constitution:  individuals do not lose their right to demonstrate peacefully simply because of sporadic violence committed by others.

Public Nuisance and Freedom of Association and Demonstration

From these principles the following propositions can be drawn:

Note: If demonstrators engage in looting then they are guilty of theft, and malicious damage if they break into shops or houses.  Those are serious criminal offences and are not covered in any way by the Constitutional right to demonstrate.