In a document posted by Moyo, ZDF officers are banned from marrying non commissioned members under the Fraternisation Policy which took effect on 1 February 2019. The policy gives those already married to each other, six months to comply or be discharged. 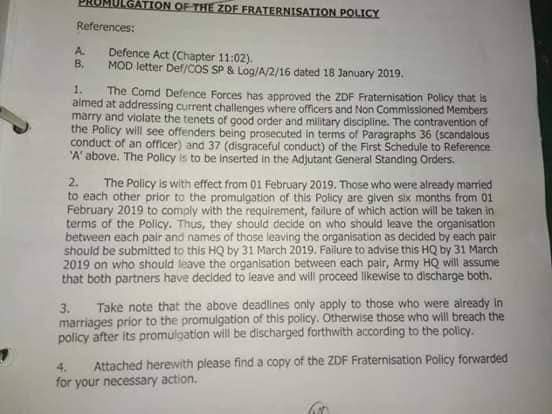