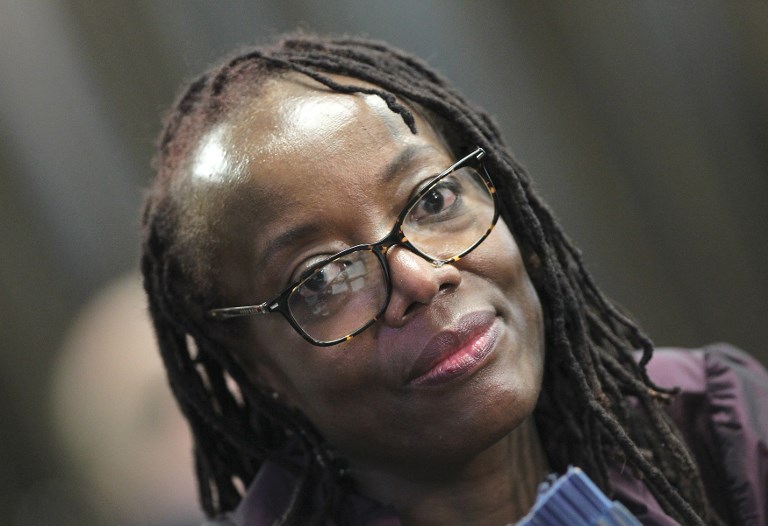 Zimbabwean author Tsitsi Dangarembga is pictured at the Frankfurt book fair in Frankfurt am Main, western Germany, on October 12, 2018. – Thirty years after her iconic debut novel, Zimbabwean author Tsitsi Dangarembga is back with a final look at her heroine’s harrowing journey through the Mugabe years, hoping to spark debate about violence against women in her country. (Photo by Daniel ROLAND / AFP)

Zimbabwean author, Tsitsi Dangarembga said that she was shocked by President Emmerson Mnangagwa’s comments that women who claimed to have been raped during the January military and police crackdown on protestors were faking it. Dangarembga revealed that when she was raped, it took her 12 years for her to reveal the matter. She said:

Am beyond shocked by the denial of rape by President Mnangagwa. ZRP has publicly said it can take 8-10 years for a rape victim to come forward. In my case, I only faced it after 12 years, and still, don’t know where or how to report. The callousness exhibited here is mindblowing.

In an interview with AFP as reported by South African publication TimesLive, Tsitsi said Zimbabwe needs her #MeToo moment. She said:

Violence is very much part of the fabric of our society and I believe we have to address this… if we want to overcome it.

I want to talk about my own story of abuse, which really robbed me of eight years of my life. I want to be one of the people in the #MeToo spots.

Tsitsi became famous after she published her book, ‘Nervous Conditions’ in 1988. Her novel was recently named by the BBC as one of 100 stories that shaped the world.