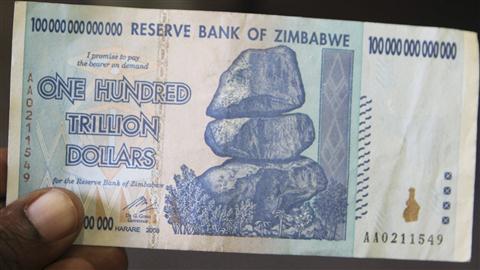 The former Minister for Finance, Tendai Biti said that the government of Zimbabwe is set to introduce a new currency this week. Biti, who is also the MDC Alliance national vice-chairperson wrote on Twitter that such a move will be pure insanity. Said Biti:

The regime will this week introduce a new Zimbabwe currency not backed by any #reserves & without the context of structural reforms which a prerequisite of currency reform . That move is pure undiluted #insanity . An unbanked currency is just the #bond note by another name.

There is no country in the world that has involuntarily dollarized that has ever succeeded in de -dollarizing. Zim will not be the 1st .Whilst a currency is about fundamentals ,ultimately the most important fundamental is confidence There is absolutely no trust in this regime.

Considering the #harm and #damage inflicted on this economy by its Central Bank over the years to now , the question to be posed is, does Zimbabwe really need a Central Bank? In my submission, it can and will do without one.

Biti’s claims that a new currency shall be introduced this week, however, have not been confirmed by the government. It remains to be seen if the government will comment on those sensational claims.