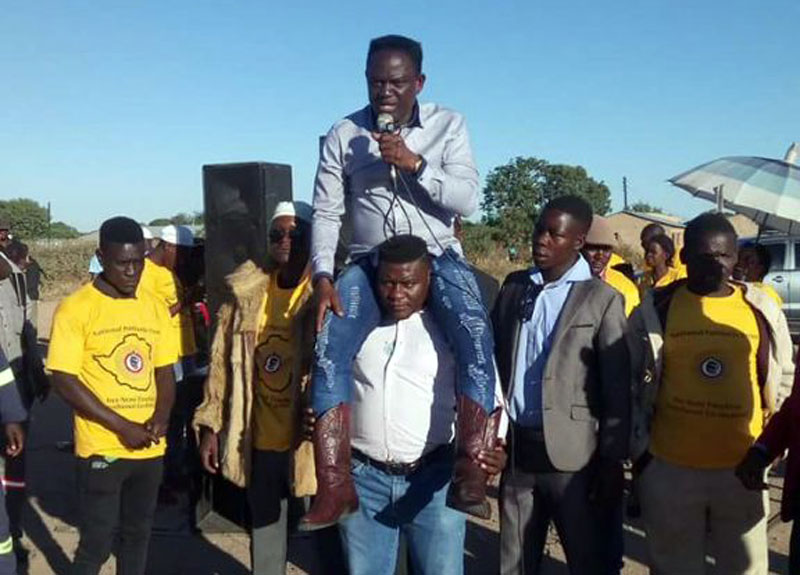 National Patriotic Front (NPF) MP Masango ‘Blackman’ Matambanadzo has chided the government for harassing local “inventors” instead of assisting them.

Blackman, who represents Kwekwe Central in the National Assembly, cited the case of two “inventors” Walter Magaya and Daniel Chingoma.

Matambanadzo, who, according to NewZimbabwe.com, was speaking at an Industry and Commerce Ministry organised business event in Harare Thursday. He said:

We are told that South Africa is now manufacturing Anti-Retroviral drugs but what you must know is that such developments could have been prompted by one notorious experimental individual.

Just here in Zimbabwe, Magaya revealed that he had found a cure for the virus but instead of inviting him to assess the credibility of his claims, you just rushed to harass and arrest him why?

We also had a brilliant invention by Daniel Chingoma years back, who invented a helicopter but instead of supporting him, he was rewarded by being arrested for illegally flying his plane.

Daniel Chingoma is a Zimbabwean entrepreneur and musician. He is the founding director of Taisek Engineering (PVT) Ltd. Chingoma is known for making a helicopter named the Zimcopter which was barred from flying. In 2010, Chingoma formed a political party called the Zimbabwe Industrial and... Read More About Daniel Chingoma

The National Patriotic Front is a Zimbabwean political party which was spearheaded by former ZANU-PF members Professor Jonathan Moyo, Patrick Zhuwao and Saviour Kasukuwere who are on a self-imposed exile. The party’s consultation document denounced the military takeover of November 2017 that led to Robert... Read More About National Patriotic Front