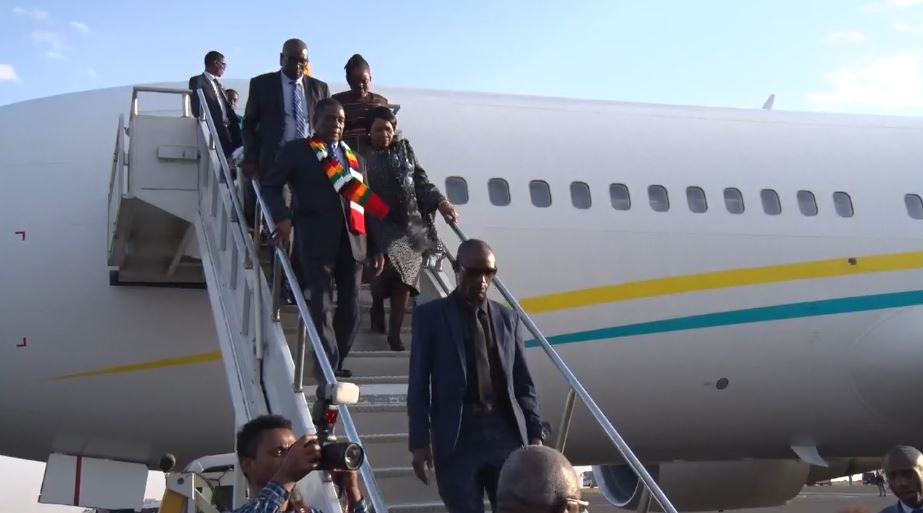 Mnangagwa has once again demonstrated his lack of care for the mounting economic woes in Zimbabwe.

He once again flew in a hired Swiss Dreamliner which will cost the fiscus millions. When flying business class, it would have cost less than $30 000.

He flies out in the middle of a crisis, teachers are on strike and the government has failed to even communicate a plan to both the civil servants and concerned parents.

Broadly, the economy continues to ail, fuel queues have resurfaced, there are serious bread and cooking oil shortages while the prices continue to spike.

These shortages are attributed to the unavailability of foreign currency much needed for the imports yet Mnangagwa always has the cash to fly in and out.

He sometimes visits Zimbabwe. A clear failure to break from the past.

On the other hand, his Deputies are interchangeably going out for treatment. While we wish them well we are concerned by the selfish abuse of taxpayers’ money.

The taxpayer, in turn, is exposed to death traps mistaken for hospitals.

The money should be used to improve local facilities and the public health delivery system in its holistic sense.

The money used by the current government on foreign health seeking trips could have built a new top of the range health facility.

Gold mines are closing because they are not receiving the forex they earn, yet that money is squandered in funding elite lifestyles and none capital ventures.

Zimbabwe needs leadership which places the citizen at the centre of government programs.

The abuse of public funds must stop.