The Zimbabwe Congress of Trade Unions on Tuesday issued a press statement calling on their members to be undeterred and to soldier on.

SUBJECT – ZCTU WILL NOT BE DETERRED BY GOVERNMENT CLAMPDOWN

The Zimbabwe Congress of Trade Unions (ZCTU) would like to assure workers and citizens that it will continue to carry out its representative mandate without fear despite the heavy military clampdown on its 14-16 January stay away.

We note that issues that prompted the January stay-away have not been fully addressed and we will not be deterred by the unleashing of the state repressive apparatus on workers and citizens. The price madness is still raging, fuel is still unaffordable and workers are still being paid RTGS and bond notes when most commodities are being charged in hard currency.

While we re-emphasize our call for workers and citizens to desist from violence during protest actions we urge them to continue demanding accountability, jobs, affordability of basic commodities, good governance and state protection.

The ZCTU demands that the government addresses socio-economic structural mismatches and implement practical policies that recognise workers’ rights and dignity. 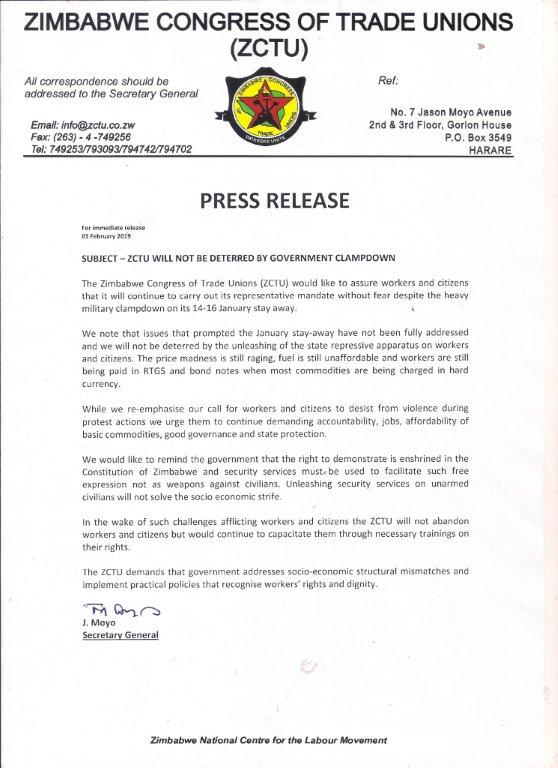