FILE PHOTO: A Meeting of officials from the Progressive Teachers’ Union of Zimbabwe (PTUZ) and the Zimbabwe Teachers’ Association

The Zimbabwe Teachers Association (ZIMTA) and the Progressive Teachers Union Of Zimbabwe (PTUZ) have issued a joint statement calling for the intensification of the strike which started on February 5.

The unions revealed that at least 80 per cent of their members are already on strike.

The unions have bemoaned the harassment of their members by Ministry functionaries and state security agents as well as by political activists.

The unions called for their members not to set foot at schools on February 8. The warned the government to stop intimidating teachers and threatened to take legal action against harassment. 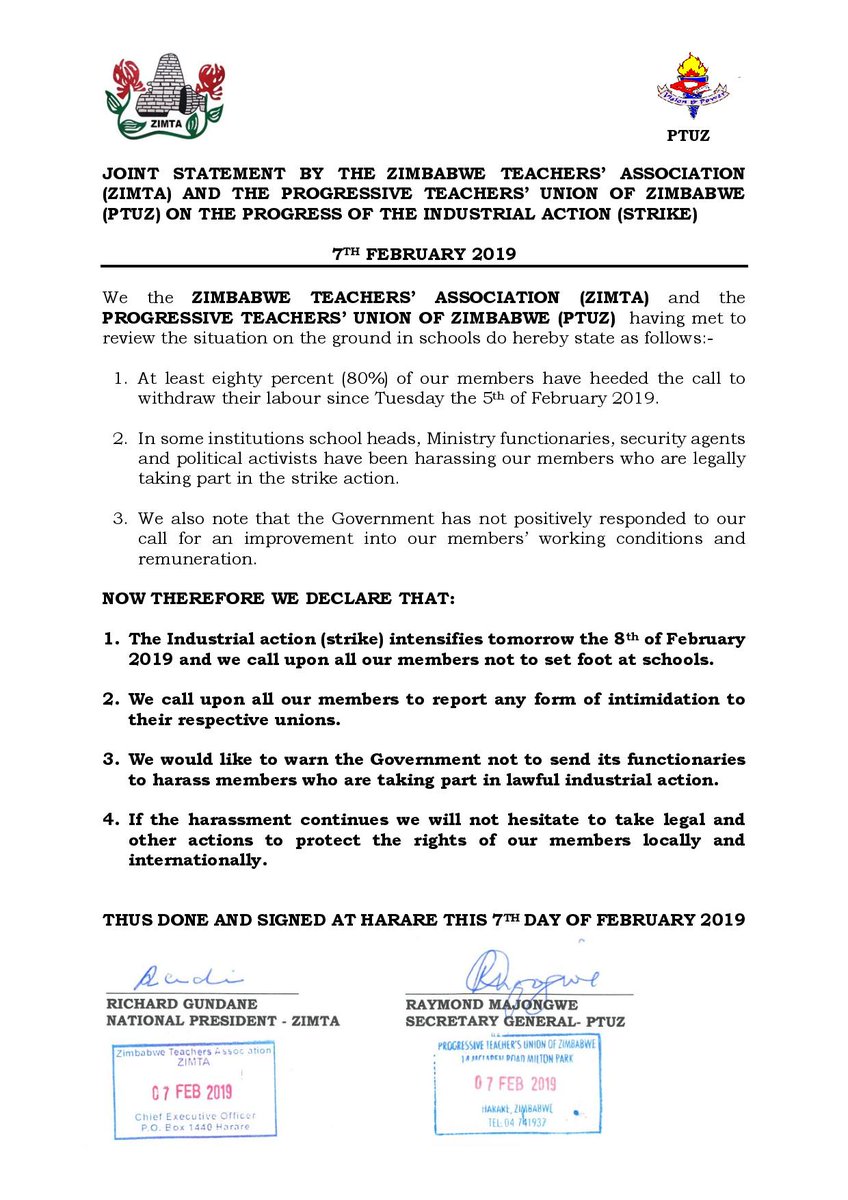