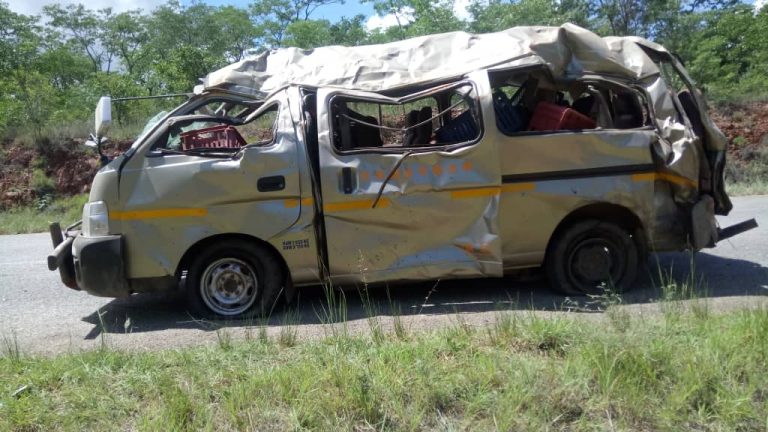 An accident on Monday morning involving a commuter omnibus killed 4 people on the spot while 13 were injured according to ZBC News. In total 17 people are thought to have been on board the kombi.

The kombi which was travelling along the Gokwe – Kwekwe highway, burst a rear tyre at Tiger Reef-Bridge. Four people died on the spot including the conductor, while 13 were injured, according to eyewitnesses. The injured were admitted at the Kwekwe General Hospital.

An eyewitness identified as Gibson Rugube who was travelling behind the kombi revealed that the commuter omnibus rolled several times before landing on its roof.

Gokwe is a town in Midlands Province. Read More About Gokwe

Kwekwe is a City located in Midlands Province in Zimbabwe. See Distances in Zimbabwe Read More About Kwekwe