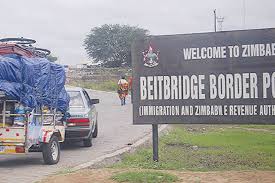 Beitbridge town is said to be unprepared for disasters. This was revealed when a fire broke out in the border town and engulfed a state-owned warehouse where goods worth thousands of dollars were destroyed.

Beitbridge head of the Civil Protection Unit, Kilibone Ndou Mbedzi concurred with the town’s residents that they were ill-equipped to deal with disasters. Said Mbedzi:

[Disaster preparedness is] bad in the district. During this (recent) fire incident, there were lessons learnt and I hope this will improve the state of preparedness of the response teams. There is a need for us to stay on the alert, for example, the issue of availability of enough water in the hydrants and also the routine checks of the fire tenders.

As chair of the Civil Protection Unit, I expect co-operation from the business community in terms of resources and ideas because civil protection is a responsibility of all people.

According to the Southern Eye, when the fire broke out at the warehouse, a ZIMRA-owned fire engine a few metres away from the inferno refused to start.