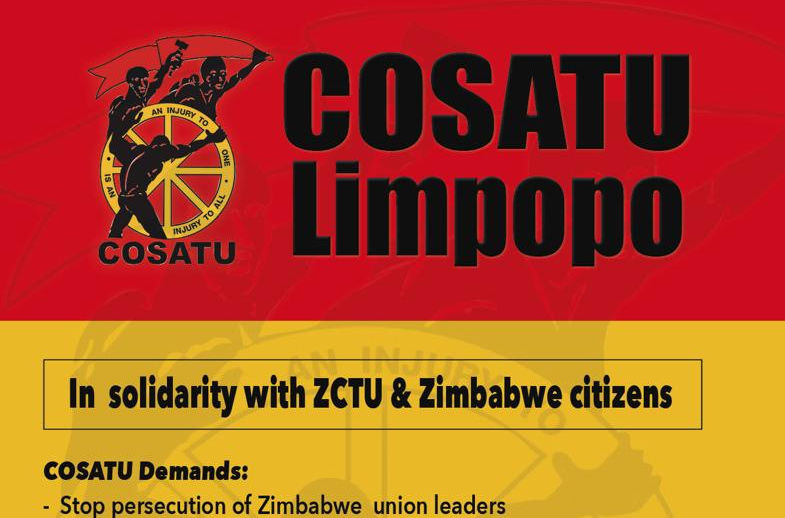 The Congress of South African Trade Unions (COSATU) has expressed solidarity with ZCTU in Zimbabwe following the crackdown on its leaders by the Zimbabwe government. It’s Limpopo branch has planned a protest to take place at Beitbridge on Wednesday, 6 February 2019.

COSATU used social media to send out a message about the protest:

Trade Unions in #SouthAfrica, #Nigeria and #Botswana are standing in solidarity with Workers and Trade Unionists in #Zimbabwe who are being persecuted, incarcerated, beaten and tortured by the State. 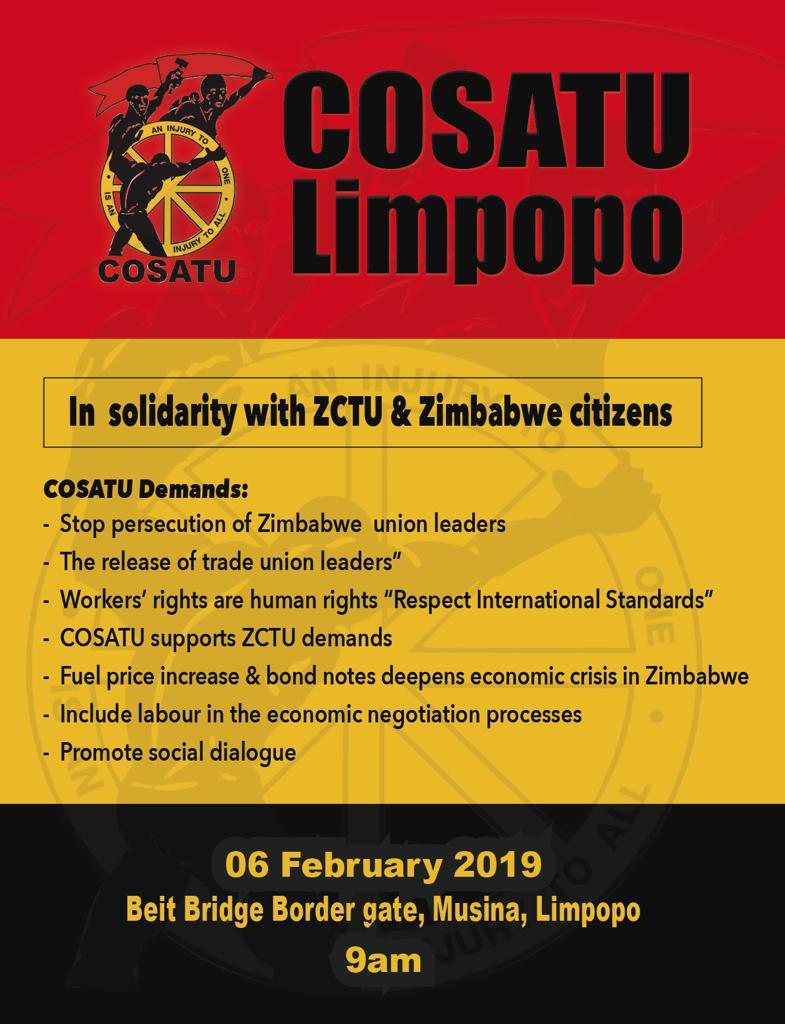 Last week, the South African government said that the response by the government of Zimbabwe to protests had been heavy-handed and that South Africa was concerned.

An ANC delegation that came to Zimbabwe, however, has said that it was satisfied with the explanation given by the Zim government that the protests were caused by elements of regime change and that an appropriate response was required.