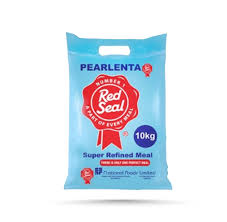 The recent price hike of fuel products announced by President Emmerson Mnangagwa has pushed up the price of mealie meal, a staple for the majority of families in Zimbabwe.

The Grain Millers Association of Zimbabwe (GMAZ), finance and costing technical committee chairperson, Anias Chiware said that transport costs have become unbearable for millers. Speaking to the Daily News, Chiware had this to say:

Most of our members both small and big millers countrywide do not own trucks and they use hired transport, an arrangement which does not fall under the promised and anticipated government fuel rebate category.

We have costs on repairs and machinery maintenance which have sky-rocketed and all this is affecting our operations.

We also have pressure from our workers who are just like all workers in the country expecting a huge pay rise and our appeal to them is that in as much as they would want their salaries to be increased this would also affect us in terms of costs.

The Daily News is a privately owned newspaper and media organisation in Zimbabwe published by the Associated Newspapers of Zimbabwe in the capital Harare. It was founded in March 1999 with Geoffrey Nyarota as its founding editor. The paper is known for having its printing... Read More About Daily News