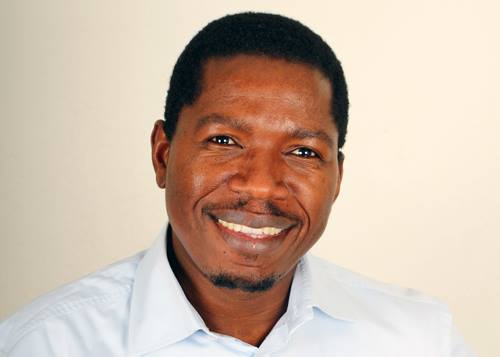 Reverend Dr Kenneth Mtata,  who is the general secretary of the Zimbabwe Council of Churches (ZCC) has turned down an appointment to be part of President Emmerson Mnangagwa’s advisory council.

Mtata was named among a 26 member Presidential Advisory Council by President Mnangagwa on Wednesday evening. The advisory council is meant to advise Mnangagwa and government on a wide range of sectoral issues. In a letter Mtata said his current position as ZCC general secretary would limit effective functioning in Mnangagwa’s advisory council. Mtata’s letter reads:

It has been brought to my attention today that my name has been included on the list of individuals appointed to serve as members of the Presidential Advisory Council. The same has been announced on national television. I feel really flattered to be invited to serve the nation and President in such a role in a moment as this. My current position will however limit effective functioning in such a huge role. I have therefore humbly withdrawn my name. The President will be fully briefed of my commitment to the Nation Building agenda and I will support his efforts in other ways within my capabilities. 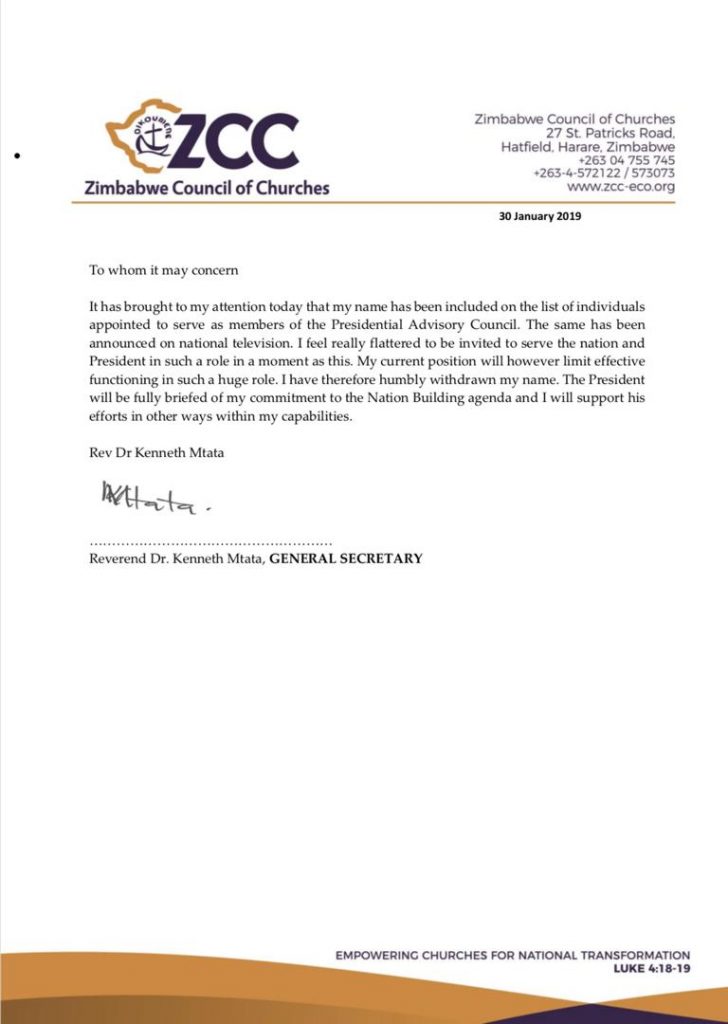