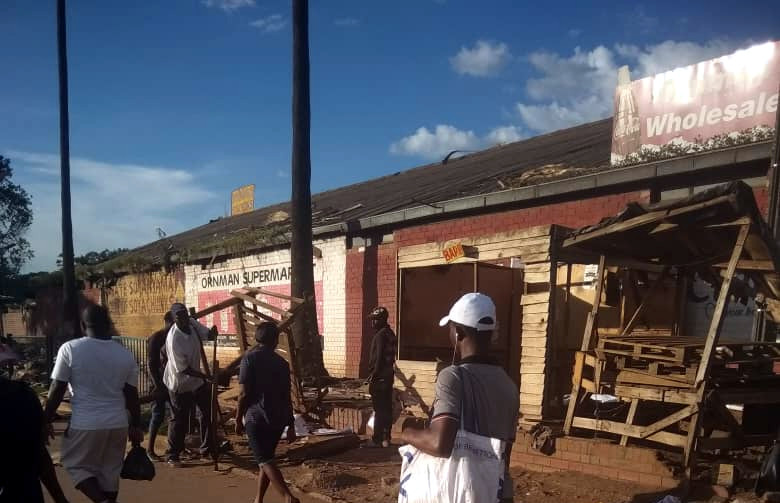 Armed soldiers, Zimbabwe Republic Police Officers and Municipal police were deployed in Harare’s dormitory town of Chitungwiza where they ordered unregistered small-scale businesses to pull down their structures.

The latest clean-up operation by the government echoes the 2005 ‘Operation Murambatsvina’ in which almost a million people were left homeless after the government destroyed their shelters.

The demolitions were carried out on Saturday after the army instructed the business owners to pull down their structures within 30 minutes. Failure to do would attract unspecified action, the army warned.

In Chitungwiza the demolition started at the C-Junction, a hot spot during the recent riots, and later spread to Makoni Shopping Centre where a police station was burned by rioters during the protests.

A concerned Mbare resident who spoke to The Standard about the demolitions had this to say:

Yesterday (Friday) municipal police came here and ordered us to remove the structures within 24 hours or face unspecified consequences. Soldiers then came today (yesterday). They are armed and watching from their trucks, not saying anything.

We don’t have room to disobey — you know what the soldiers have been doing these days. We, however, feel they should have given us adequate notice and alternative places to sell out wares. We are here not because we want to, but because we don’t have jobs.

However, another resident said they welcomed the move since the unregistered ‘tuckshops’ were involved in black market activities. The unnamed resident who spoke to The Standard said:

And they are now a menace, obstructing traffic. These tuckshops also fuel the black market. They were selling cooking oil at as high as $17 when OK Zimbabwe is selling it at $4. They should go.